The motherboard with the lowest memory divider determined the base frequency of the memory. This will give us a better comparison with each of the tested computer configurations. In this case it was the MSI A55M P33 motherboard that could operate the memory at a maximum speed of 1866MHz with 10-10-10-30 2T timings. All other tested platforms will be using the same exact memory and frequency. 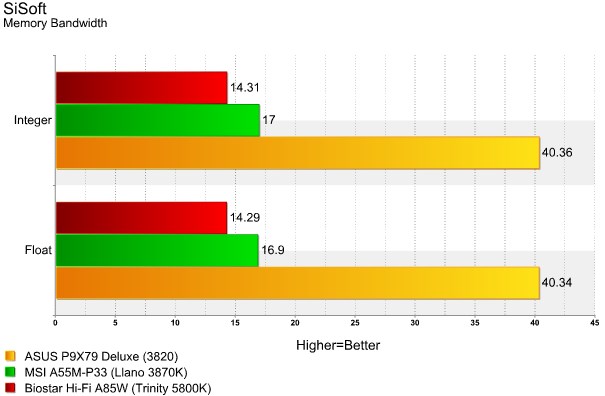 Looking at SiSoft memory bandwidth testing we can see that the AMD Trinity 5800k has a bit lower overall memory bandwidth than its predecessor the AMD Llano 3870K APU. The question remains, will this slight memory performance loss effect the overall outcome of our computers? 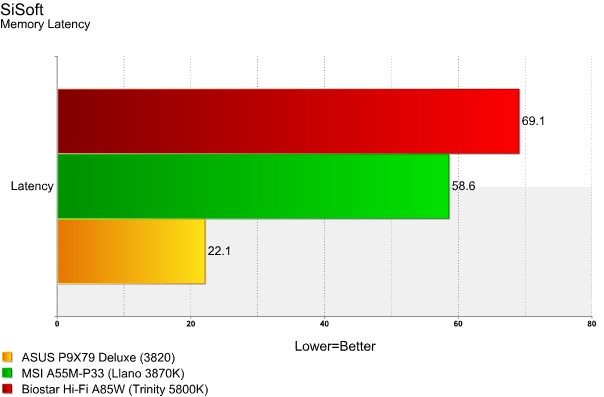 Once again SiSoft prefers the AMD Llano 3870K APU over the newest APU the Trinity 5800K when it comes to the latency of the memory.