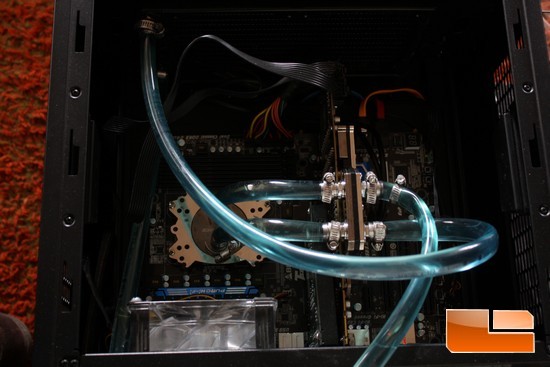 How I configured the Biostar Hi-Fi A85W motherboard.

I will perform all of my testing of the 5800K Trinity APU on water cooling. All tests will be run at a minimum of 3 runs per benchmark to ensure my results were accurate and no erroneous readings were present during my testing. I will be comparing the Hi-Fi A85W motherboard with a MSI A55M-P33 with a 3870K APU, and I will be adding an ASUS P9X79 Deluxe motherboard with a Core i7 3820 CPU.

On the two APUs (3870K Llano, and 5800K Trinity) during the graphic testing portion of this review I will be including both onboard GPU and include runs while using an AMD Radeon 6970 video card. All Graphic settings will be using maximum detail settings, and at a resolution of 1280 x 720. This is so I can get a better side by side comparison between all of the tested platforms.

This is a complete breakdown of the computer components that were used during testing of the Biostar Hi-Fi A85W motherboard.

I will be using the same exact configuration on all tested platforms; this is to ensure that all of my testing is as accurate as I possibly can make it. Once again, all programs that are being used in this review have been run at least three times per benchmark, to ensure accuracy as well as erroneous readings were kept at a minimum. 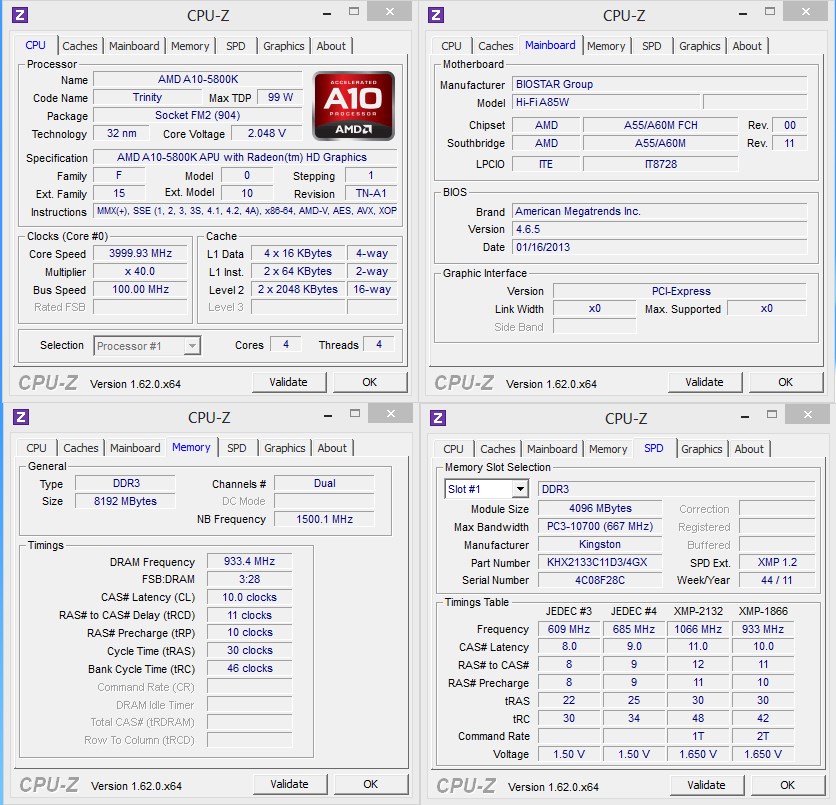 The default settings used during testing.