Sniper Elite V2 is a 2012 tactical shooter video game developed by Rebellion Developments for Microsoft Windows, PlayStation 3 and Xbox 360. It is a remake of Rebellion’s 2005 game Sniper Elite. The game takes place in the same timeframe and location—the Battle of Berlin in April–May 1945—but now the main character, an American Office of Strategic Services officer, must capture or eliminate the scientists involved in the German V-2 rocket program. 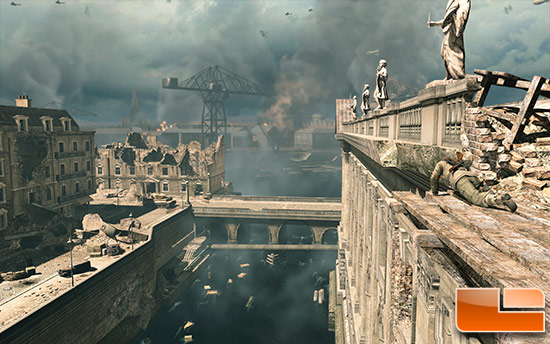 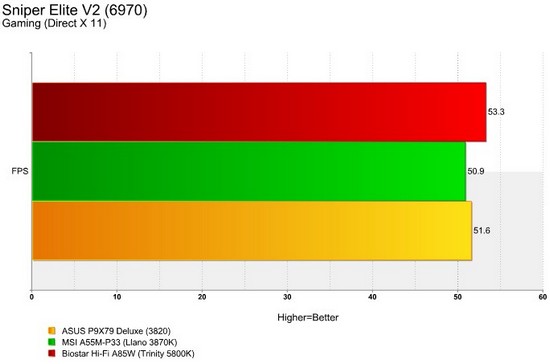 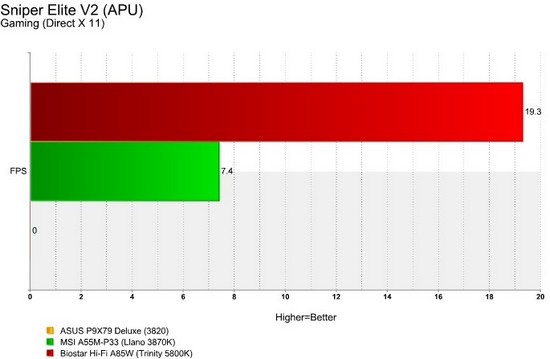 Now this is where my performance on the Llano based MSI platform take a serious dip in performance. I even ran this benchmark three to four times to ensure that my results were accurate. Once again the Trinity based 5800K platform running on the Biostar HiFi A85W motherboard just crushes the Llano 3870K APU.