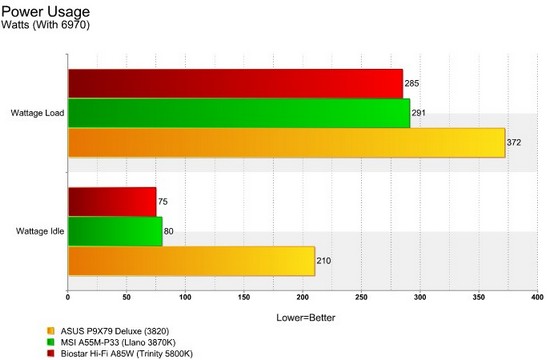 Looking at the overall power usage of all of the tested platforms we can see that the Biostar Hi-Fi A85W motherboard had the lowest power consumption during both idle and load. 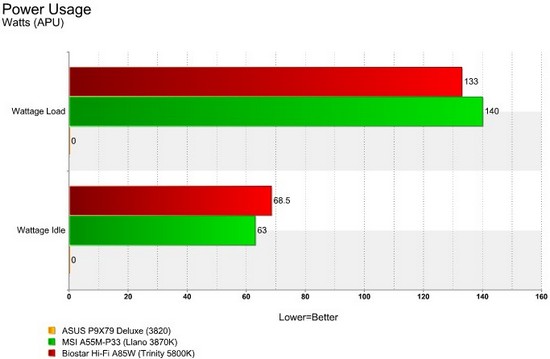 Once again I left out the X79 based platform because it does not have an integrated GPU. This is only used as a comparison between the Llano and Trinity based APUs without any extra peripherals added into the two APU based platforms. During the Idle load results we can see that the MSI Llano based platform had the lowest power draw by almost 5.5 watts. Then when we turn our attention to the load power usage the Biostar Trinity had the lowest power draw by almost 7 watts lower. Is 5-7 Watts enough of a difference to be concerned with? I do not think so.

A word of NOTE: Please keep in mind that every machine is different, and so the power requirements being used will vary differently from one machine to the next, even if two or machines are built exactly the same. These results here are only to give you an idea on how much power each tested platform will be using.