On the hot seat today we have four samples of Sandy Bridge for review. Intel was gracious enough to send Legit Reviews these processors so that we could provide a better sampling of their lineup for you. From left to right are the Core i3 2100, Core i5 2400, Core i7 2600K, and Core i5 2500K. 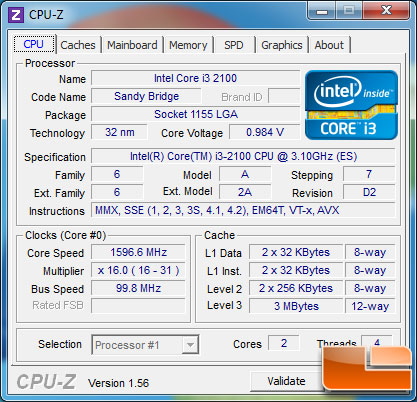 Here we have the Intel Core i3 2100. With a 3MB L3 cache and a 3.1GHz clock speed with no Turbo Boost, performance is modest compared to the other Sandy Bridge CPUs we are testing. 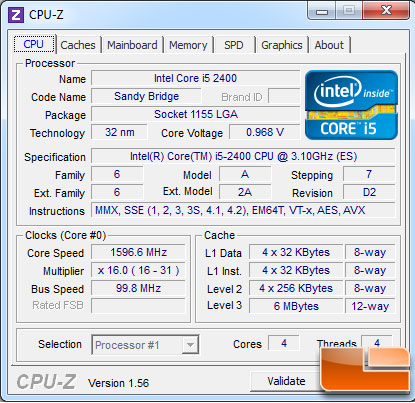 The Intel Core i5 2400 comes into the fray with a 6MB L3 cache and base clock speed of 3.1GHz, with available Turbo Boost up to 3.4GHz. With four active cores in a sustained load you can expect to see 3.2GHz. 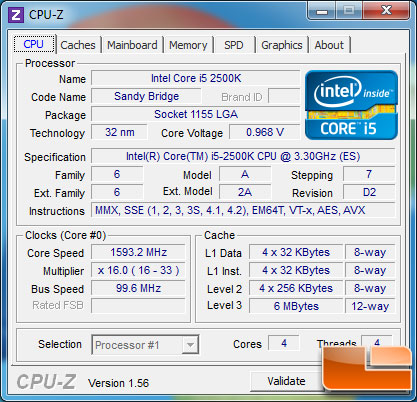 The Intel Core i5 2500K is the first of our enthusiast level CPUs. Remember that the “K” in the processor name means that it is a multiplier unlocked processor and perfect for overclocking. With 6MB of L3 cache, a 3.3GHz clock speed, and Turbo Boost up to 3.7GHz it should be a fast CPU right out of the box!

Finally we have the Intel Core i7 2600K, the “full” version of Sandy Bridge with 4 cores and Hyperthreading. Complete with an 8MB L3 cache, a clock speed of 3.4GHz, and a Turbo Boost up to 3.8GHz it will be doing its best to put everything else in our test to shame.