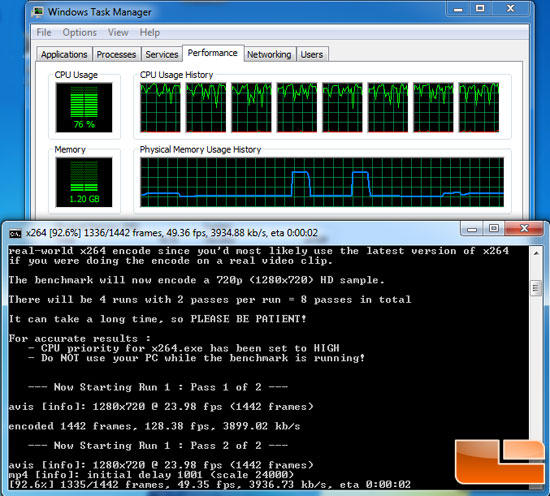 We scaled this chart to the second pass which is the more CPU intensive of the two. The Intel Sandy Bridge CPUs have a great showing here, aside from the Core i3 2100. The i5 2500K is just over 1fps behind the Core i7 875K in the 2nd pass, but 23fps faster on the first pass. Overall the i5 2500K would finish the encoding quicker!

In what is going to be an ongoing trend, the Core i7 2600K dominates the x264 HD Benchmark. It’s 26fps faster than the AMD Phenom II X6 1090T on the first pass and 5.6fps faster on the second. When overclocked its performance sky rockets an awesome 25%!!