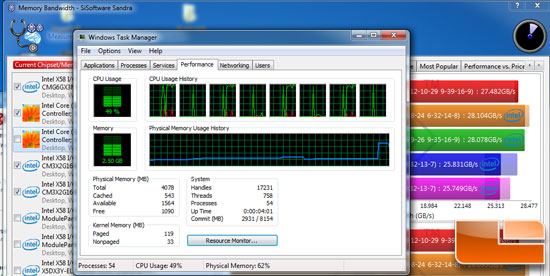 The available memory bandwidth in Sandy Bridge has been improved over Lynnfield, where it sees a little over 1GB/s increase. Notice how clock speed has very little to do with bandwidth on Sandy Bridge. The Core i7 2600K at 4.9GHz enjoys a 3GB/s lead thanks to running the memory at 1600MHz.