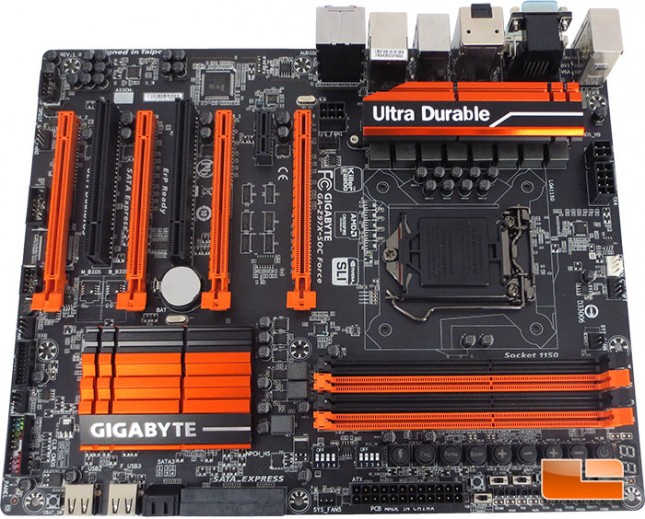 The GIGABYTE Z97X-SOC Force isn’t targeted for the gaming community, it’s meant for the overclocking crowd that like to play with Liquid Nitrogen and Liquid Helium. With that being said I think GIGABYTE could have left out 1 or 2 of the PCIe x16 expansion slots. The GIGABYTE Z97X-SOC Force isn’t capable of running quad NVIDIA SLI due to the limited number of PCIe lanes. Though it will run quad AMD CrossFireX which is always a plus. GIGABYTE intentionally left off the PLX chip that would have added additional PCIe lanes and allowed the SOC Force to run the Quad SLI, they kept it off of the board to make sure the performance wasn’t hindered by the increased latency of the PLX chip. While that makes sense, why even put all of the PCIe x16 slots on, keep the SOC Force as a stripped down overclocking board or throw on the PLX chip so overclockers can go pedal down with quad NVIDIA SLI as well.

The GIGABYTE Z97X-SOC Force had no problem with any of the CPU Benchmarks that we threw at it today. As always we some some variations on the scores of our other boards, but nothing that really stood out from the crowd either good or bad. There’s only so much that the motherboard can effect when it comes to the CPU performance. .

Update: After a little bit of discussion and digging, there seems to be a little bit of an issue somewhere in the testing that we are going to be working out in the very near future with GIGABYTE and Intel. During the storage tests, the GIGABYTE Z97X-SOC Force was slipping into an idle state and throttling back the system. This caused the sudden drop in the SATA Performance seen below. 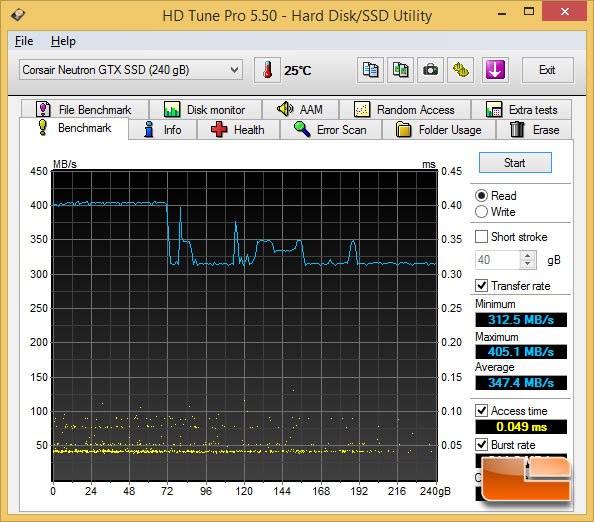 The Windows 8.1 install automatically sets the power option to balanced, to see if this was the same issue that Nate saw in the SATA Express testing he did here I replicated his solution. Once I switched the Windows operating system to High Performance in the power options, I reran the tests. 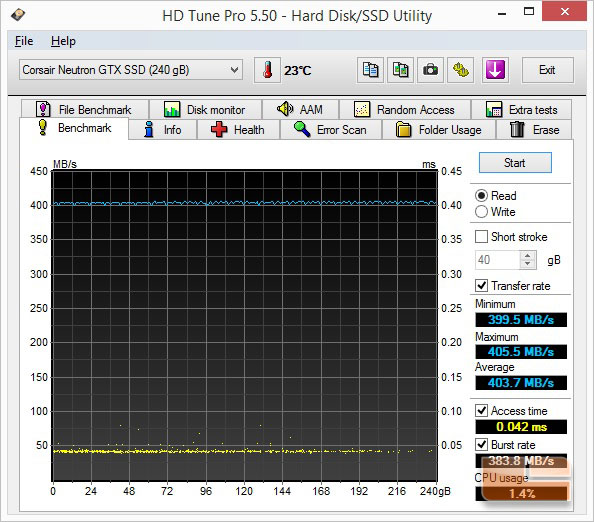 Once the GIGABYTE Z97X-SOC Force was set up in High Performance mode, all of the throttling issues were behind us! The performance results in HD Tune 5.50 increased from an average read of 347.4MB/s to 403.7MB/s!

Where the GIGABYTE Z97X-SOC Force is going to reign supreme is overclocking with Liquid Nitrogen and other sub-ambient temperature overclocking. I am by no means a world class overclocker like Hi-Cookie or Kingpin, but I can get by pretty well with ambient temperature overclocking. The little bit of overclocking I did with the GIGABYTE Z97X-SOC Force went extremely smooth and I was able to hit the limit of my Intel Core i7-4770K with absolute ease. The OC Touch Panel is full of options that allow you to tweak just about all of the overclocking settings, without even having to enter the BIOS or the operating system!