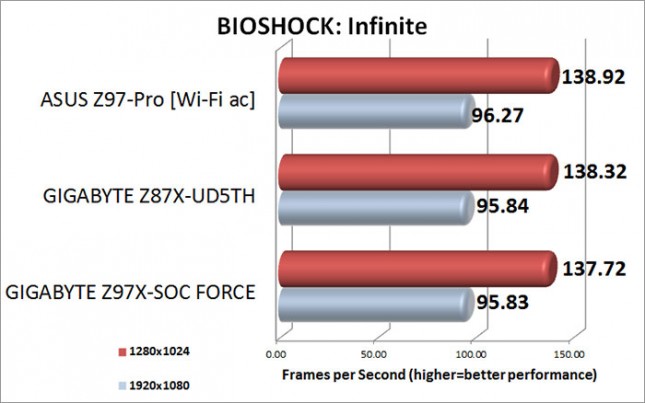 Benchmark Results: The GIGABYTE Z97X-SOC Force fell a little short in BIOSHOCK: Infinite. Though with an average of 95.83 frames per second there is less than .5% difference between the top spot and the Z97X-SOC Force.