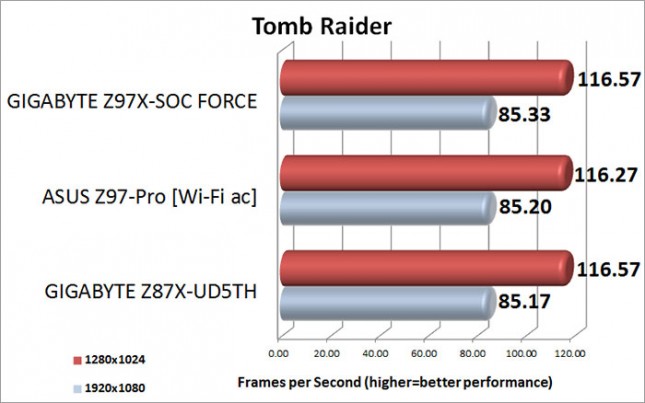 Benchmark Results: Perhaps my remarks about the GIGABYTE Z97X-SOC Force gaming performance being a little lack luster were a little premature. In Tomb Raider the Z97X-SOC Force stepped up its game and took the top spot at 1920×1080 with an average of 85.33MB/s. As I mentioned above when the SOC Force was behind, it’s not a noticeable difference but it’s certainly there.