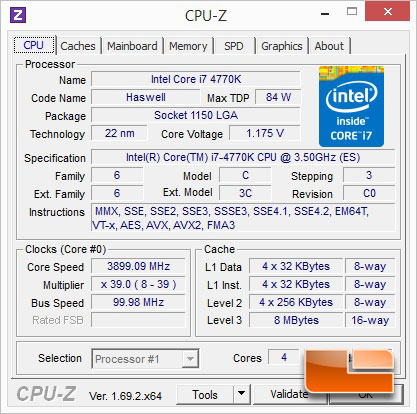 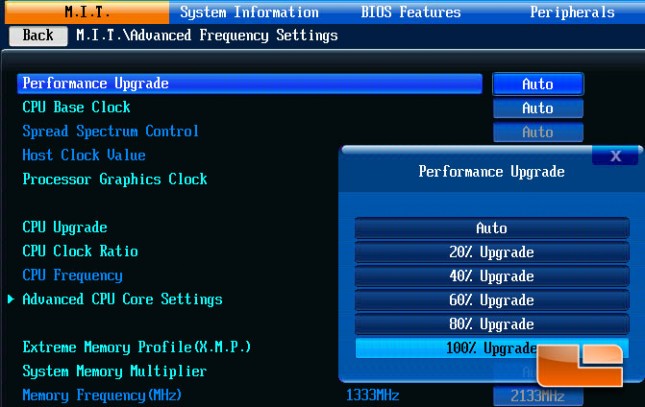 The Legit Reviews test system takes advantage of some pretty solid hardware. The Intel Core i7-4770K is quite a capable overclocker and we have plenty of cooling with the Corsair H100i water cooler. I decided not to waste time with the lower settings of the GIGABYTE Performance upgrade, I decided to go for broke and give the 100% Upgrade a shot and see how it would turn out. 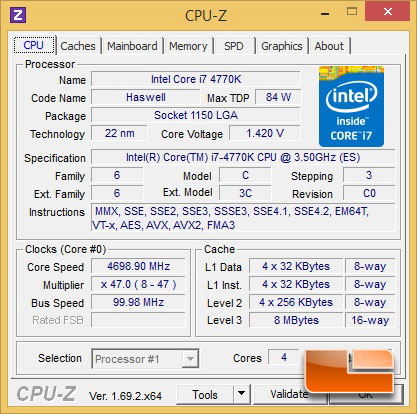 Once I selected the 100% upgrade, I saved the settings and rebooted the system, within moments I was sitting in Windows 8.1 without an issue. Opening up CPU-Z to see where the Intel Core i7-4770K was sitting, and found it sitting pretty at 4.7GHz! The only aspect of this overclock that has me worried is the CPU VCore, it’s sitting at 1.42Volts. The Intel Core i7-4700K ES I use doesn’t require that high of a voltage to overclock typically. 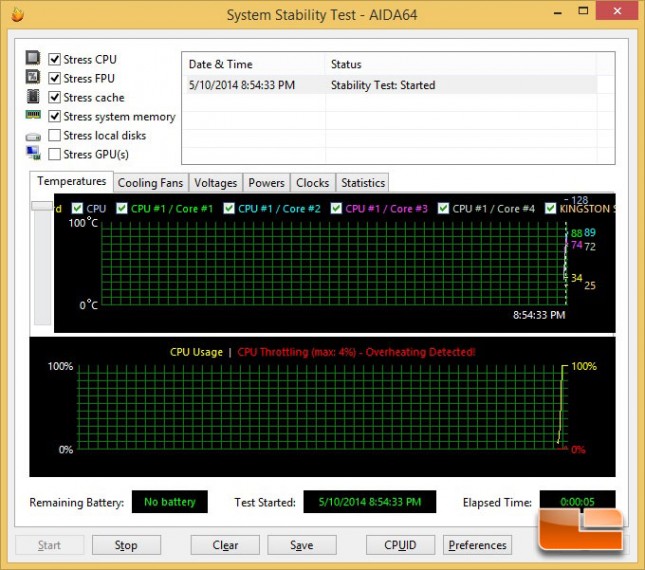 In order to check for system stability I fired up the AIDA64 System Stability Test, much to my dismay the 1.42 Volts on the CPU VCore was a little to much for my particular piece of Silicon, within seconds of starting the AIDA64 Stability test the Intel Core i7-4770K was being throttled back due to temperatures. 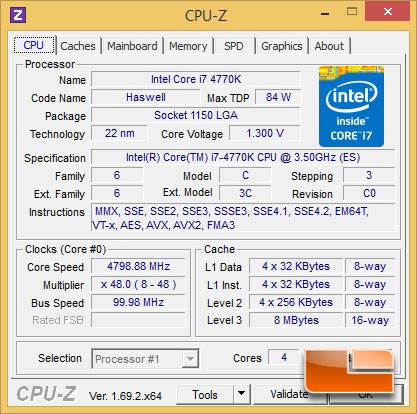 I dialed back the voltage and found that I was able to increase the CPU multiplier to x48 without an issue. At only 1.3 Volts on the CPU VCore the Intel Core i7 4770K was rock solid and was able to chew through the stability test for 30 minutes without hesitation.

Firing up 3DMark Firestrike to see what kind of performance gains the GIGABYTE Z97X-SOC Force will see when overclocked, we hit an overall score of 6139. That’s not a huge gain since at stock speeds we hit 6105, where there is a significant gain is the Physics score. At the stock CPU profile the Physics score was 11208, running along at 4.8GHz, the Z97X-SOC Force physics score jumped to 13653! That’s a gain of 2445 points, or gain of nearly 22%!