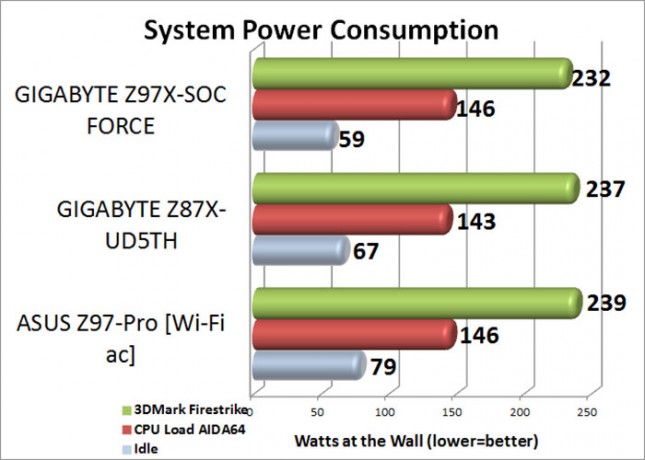 We wanted to test the Qualcomm Atheros Killer E2200 Gaming Network adapter in a real world application so we connected the cables and away we went. To test the performance we used our custom water cooled Mini-ITX PC that was directly connected to the ASUS RT-AC66U Dual-Band Wireless-AC1750 Gigabit 802.11ac Router.

We used the desktop to run LAN Speed Server and then ran LAN Speed Test on the GIGABYTE Z97X-SOC Force to test throughput. 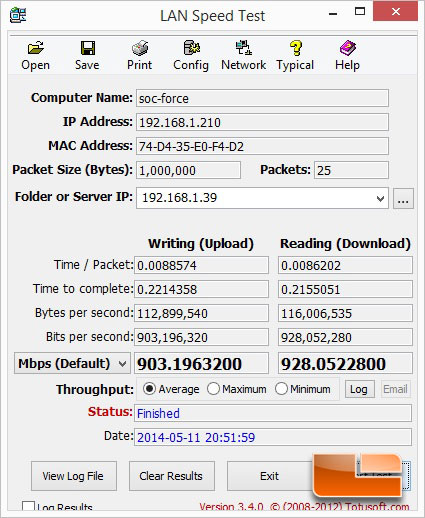 The Qualcomm Atheros Killer E2200 NIC on the GIGABYTE Z97X-SOC Force was able to hit 903.2Mbps upload and 928.1Mbps download when using the 1Mb packets. 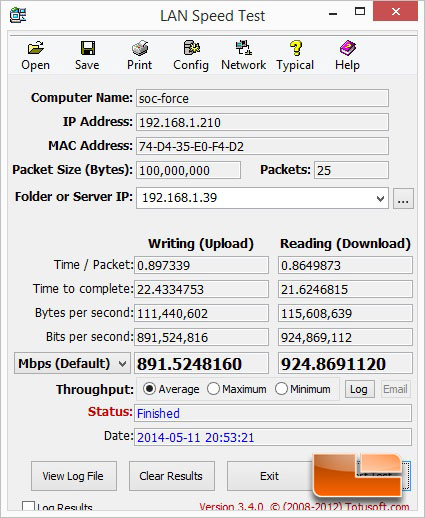 Increasing the packet size to 100MB we lost a little bit of performance from the 1MB tests. The upload speed of the Qualcomm Atheros Killer E2200 Gaming NIC dropped to 891.5Mbps while the Download speed remained pretty consistent at 924.9Mbps.