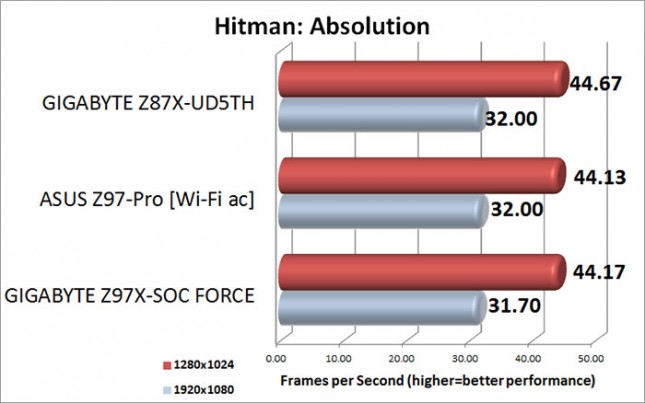 Benchmark Results: The gaming performance of the GIGABYTE Z97X-SOC Force is looking a little lack luster at this point. With an average of 31.7 frames per second the Z97X-SOC Force once again fell a little short of the other boards tested. Granted the difference is only .3 fps and not anything that would be discernible during game play.