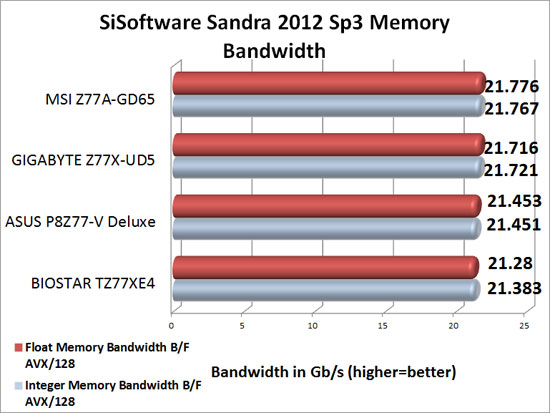 Benchmark Results: All four of our Intel Z77 motherboards had a very comparable performance between them. The MSI Z77A-GD65 took the top spot by a small margin over the GIGABYTE Z77X-UD5H. The BIOSTAR TZ77XE4 had the lowest performance out of the four boards but it was only ~.5Gb/s which is only a ~2% margin.