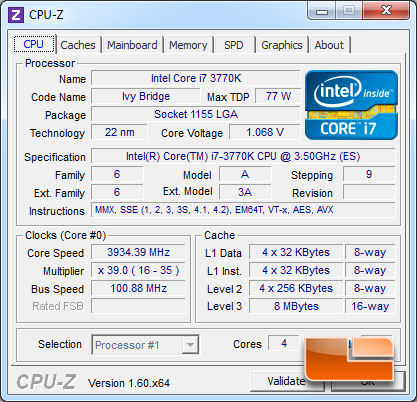 The Intel Core i7 3770K utilizes a Bclk of 100MHz; under full load the Intel Core i7 3770K uses a multiplier of x35 to achieve the final clock speed of 3.5GHz. Since we are using a K series processor which has an unlocked multiplier we will be able to increase the default x35 multiplier to achieve our overclock today. We can see in the above CPUz 1.60 screen shot that with the Turbo mode engaged we are cruising along at 3.9GHz. 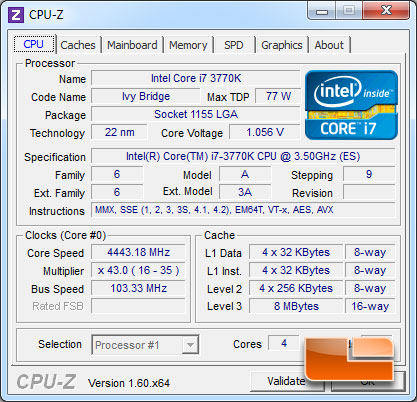 The GIGABYTE Easy Tune 6 software has a couple of available presets for overclocking your processor. We skipped over the first one and went straight to the Level 2 preset. Once we clicked on it we were prompted to reboot the system. Once that completed our Intel Core i7 3770K was cooking along at 4443.18MHz thanks to a CPU multiplier of 43 and a Bclk of 103.33MHz. 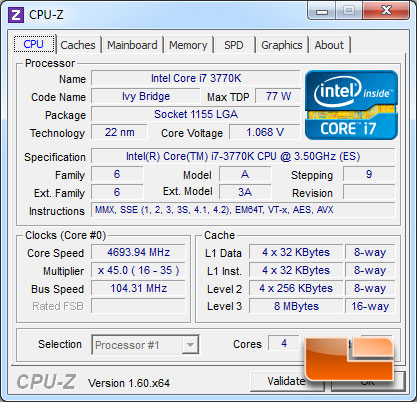 When we tried the level 3 preset with our Intel Core i7 2600K, the system crashed. Hoping for a different story with the new Intel ‘Ivy Bridge’ processor we gave it a go. Once we rebooted the system we were screaming along at 4693.94MHz with a CPU Multiplier of x45 and a Bclk of 104.31MHz. 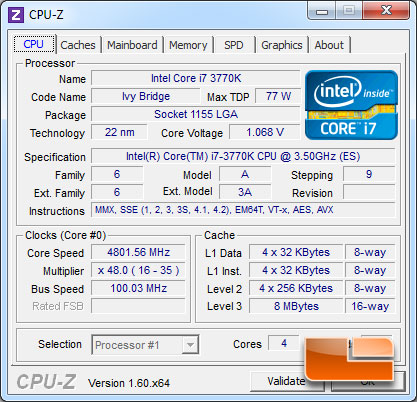 Since we were able to hit nearly 4.7GHz with the GIGABYTE EasyTune6 software presets so easy, we were really hoping we would be able to break past 4.8GHz on the GIGABYTE Z77X-UD5H. Unfortunately that wasn’t the case. Between the processor high temperatures, and the high CPU vCore, we weren’t able to go any higher.