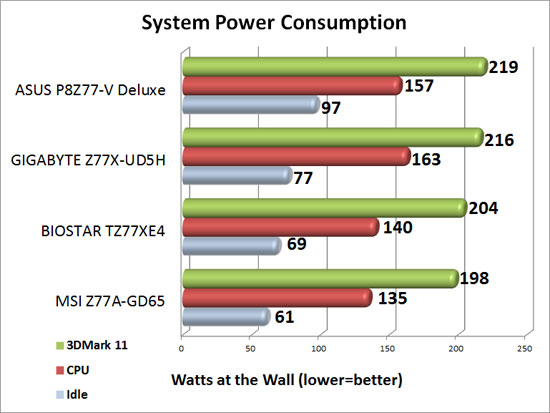 Benchmark Results: There is a surprising amount of power draw difference between our boards today. The BIOSTAR TZ77XE4 and the MSI Z77A-GD65 were both quite a bit lower than the ASUS P8Z77-V Deluxe and the GIGABYTE Z77X-UD5H under a heavy CPU load and 3DMark 11. The ASUS P8Z77-V Deluxe has a number of options inside the UEFI BIOS that would allow us to conserve power if needed, though we run the systems with minimal tweaking out of the box to try and keep things consistent and repeatable.