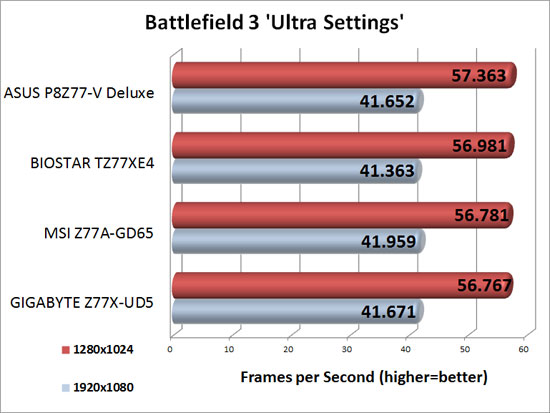 Benchmark Results: It isn’t too surprising that we didn’t see much difference between the various Intel Z77 motherboards. The ASUS P8Z77-V Deluxe has a small lead over the other boards, but it’s only .4 frames per second at 1280×1024. Once we cranked up the resolution to 1920×1080 the MSI Z77A-GD65 took the top spot, though once again it was a lead of only .3 frames per second.
Questions or comments? View this thread in our forums!