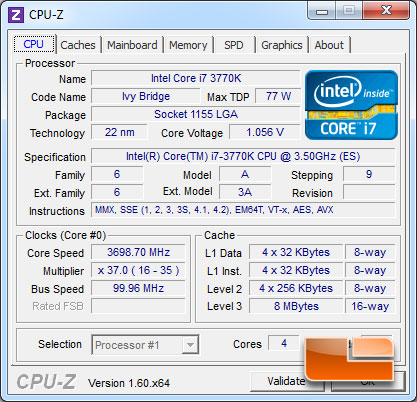 The Intel Core i7 3770K utilizes a Bclk of 100MHz; under full load the Intel Core i7 3770K uses a multiplier of x35 to achieve the final clock speed of 3.5GHz. Since we are using a K series processor which has an unlocked multiplier we will be able to increase the default x35 multiplier to achieve our overclock today. We can see in the above CPUz 1.60 screen shot that with the Turbo mode engaged we are cruising along at 3.7GHz. 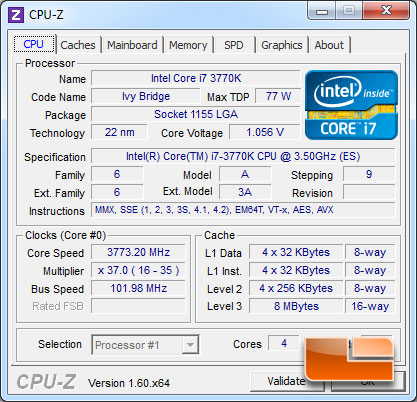 The BIOSTAR TOverclocker utility has two presets available to choose from to overclock your system. The first is the V6 setting, while the V12 setting is the highest available. The V6 preset increased our Bclk to 102MHz and increased the overall processor frequency by 74MHz. Bclk overclocking without increasing the CPU multiplier won’t get us much of a performance gain. 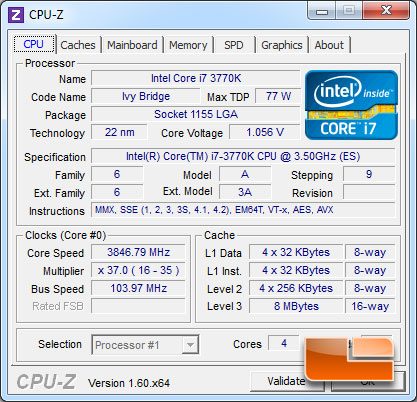 I had higher hopes for the V12 setting, but it increased the Bclk to 104MHz and left the CPU multiplier alone as well. This brought the Intel Core i7 3770K to 3846.79MHz. 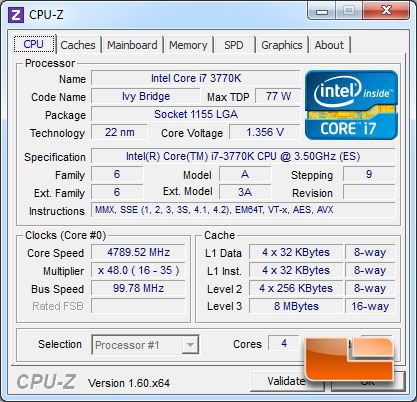 After the let down from the overclocking preset in the BIOSTAR TOverclocker utility, I was feeling a little discouraged with the overclocking capability of the BIOSTAR TZ77XE4. I kept an open mind and gave it a go and went straight for broke. I set the CPU vCore it 1.35 Volts and the CPU multiplier to x48 and saved the settings. I was fully expecting a crash once I got into Windows and stressed the CPU, but it ran like a champ! I can honestly say that is probably the easiest I have ever hit 4.8GHz! This left me re-energized on the BIOSTAR TZ77XE4 and once again I had high hopes for breaking past 4.8GHz. But no, it seems that this particular processor won’t run at 4.9, at least not on air cooling. 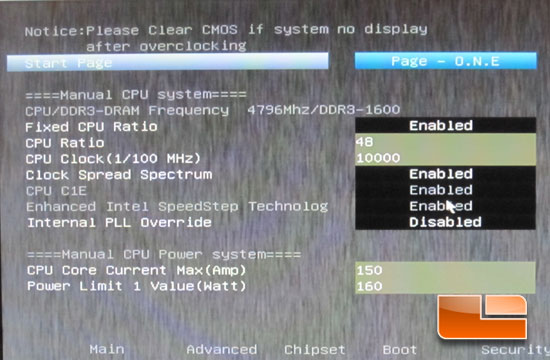 The photo above and below are the settings that I used to hit 4.8GHz on the BIOSTAR TZ77XE4 with the Intel Core i7 3770K. 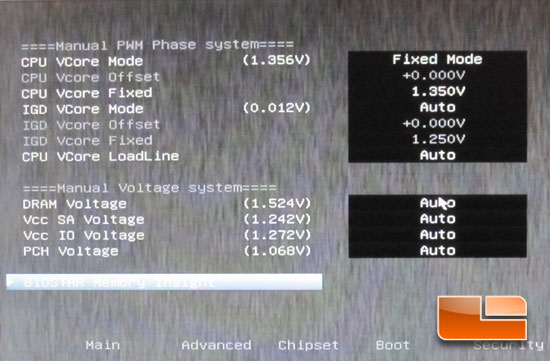