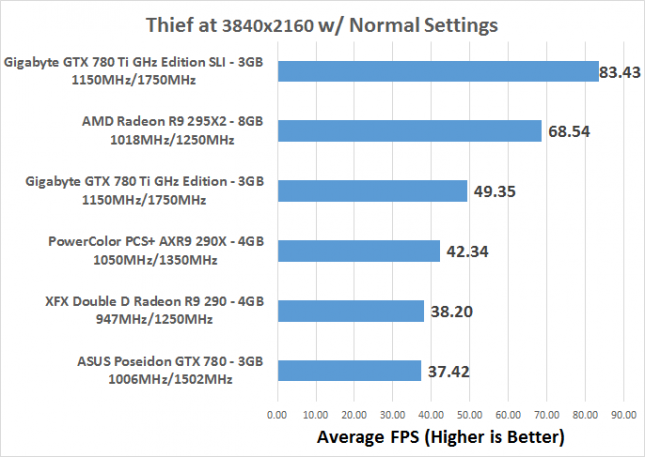 Benchmark Results: The AMD Radeon R9 295X2 averaged 68.54 FPS and the PowerColor PCS+ Radeon R9 290X averaged 42.34 FPS in Thief with normal image quality settings. Not bad performance for a dual-slot card that can fit in some SFF systems. 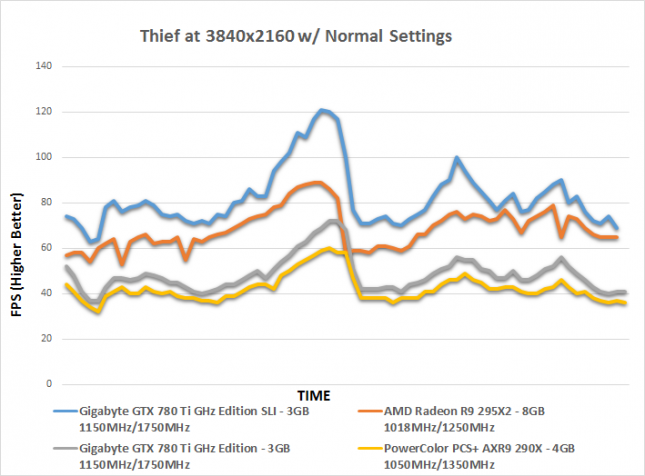 Benchmark Results: The performance over time chart showed that the AMD Radeon R9 295X2 dipped below 60FPS a number of times, but the run was solid.