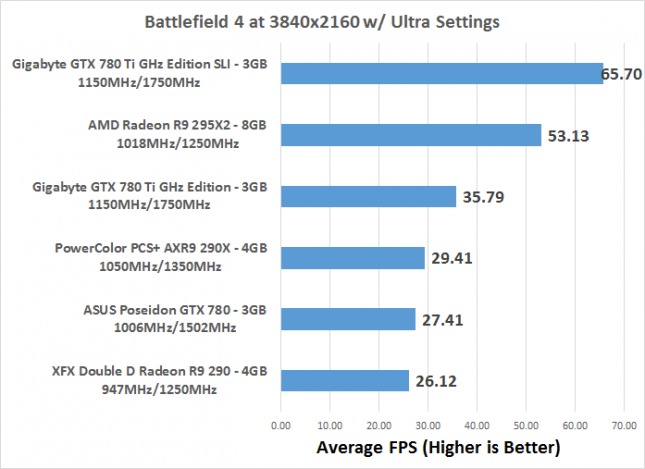 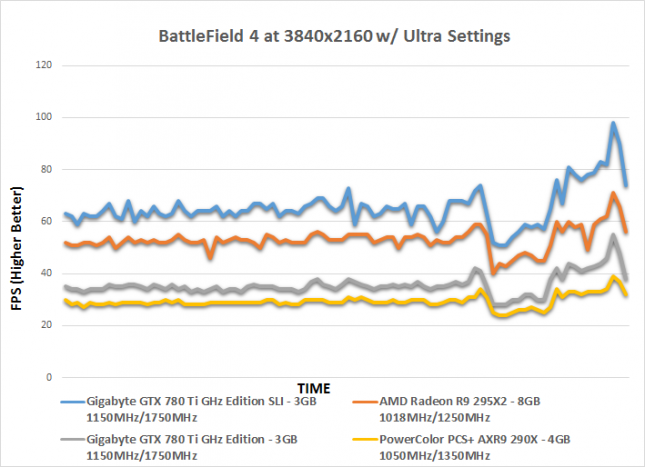 Benchmark Results: The AMD Radeon R9 295X2 ran BF4 pretty smoothly with these settings and never dropped below 40 FPS during our run at 3840×2160.