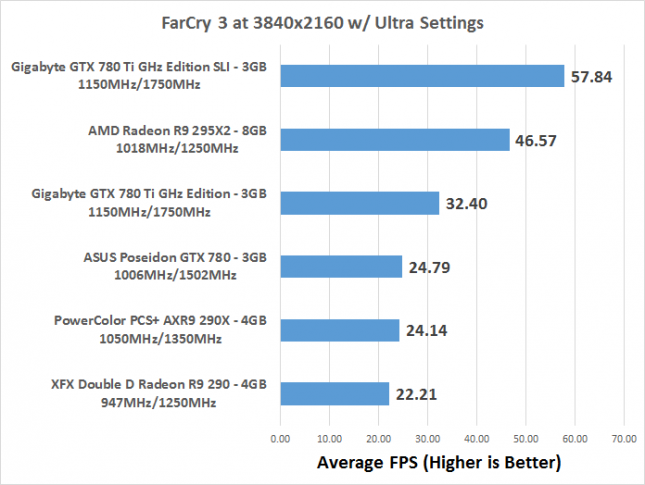 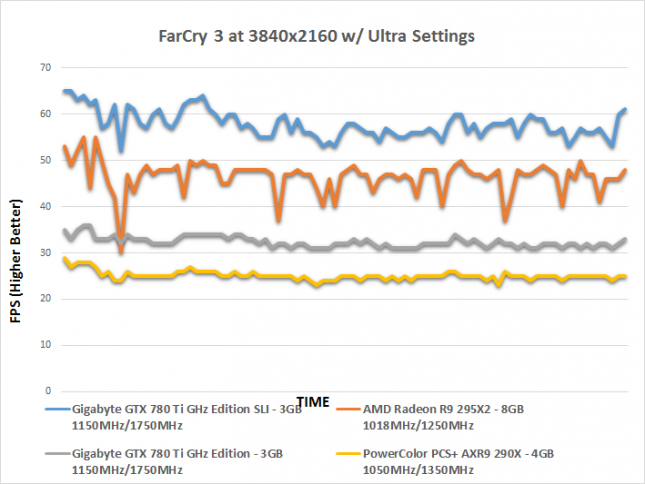 Benchmark Results: The gameplay felt pretty good on the AMD Radeon R9 295X2, but there was a decent drop in the first portion of the benchmark that hit both the CrossFire and SLI setups that you could sense in the game. The performance of both single GPU setups was relatively smooth and you can see that there was much more fluctuation with the dual-GPU setups.