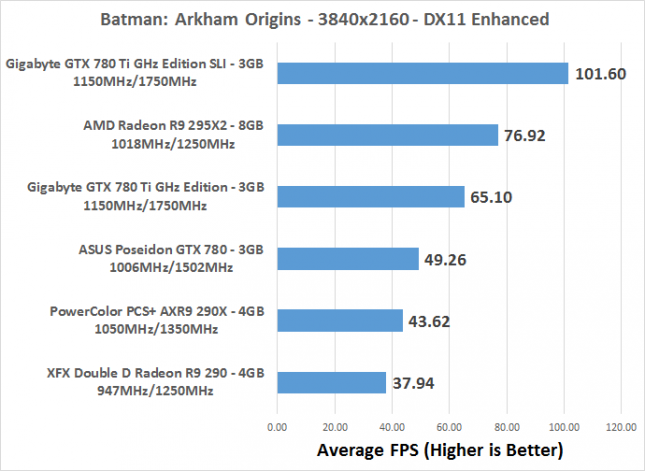 Benchmark Results: The AMD Radeon R9 295X2 is a very strong card and was able to run Batman Arkham Origins great and averaged 77 FPS, which is a huge performance jump up from the 44 FPS that we say on a single AMD Radeon R9 290X graphics card. The Gigabyte GeForce GTX 780 Ti 2-way SLI setup was equally impressive with as it averaged 102 FPS on this benchmark. 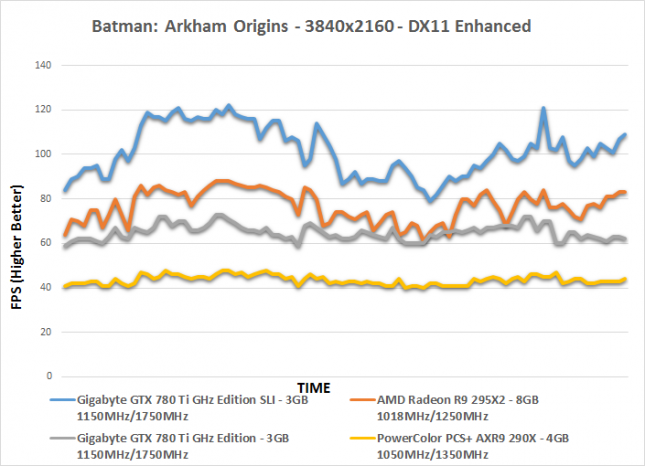 Benchmark Results: When you look at performance over time, the AMD Radeon R9 295X2 wasn’t as ‘smooth’ as the single card setup, but performance never did drop below 60 FPS on our Ultra HD (3840×2160) test setup.