Temperatures are important to enthusiasts and gamers, so we took a bit of time and did some temperature testing on the water cooled AMD Radeon R9 295X2 video card. 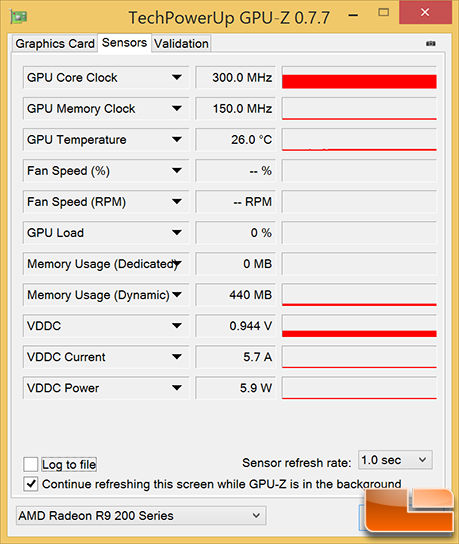 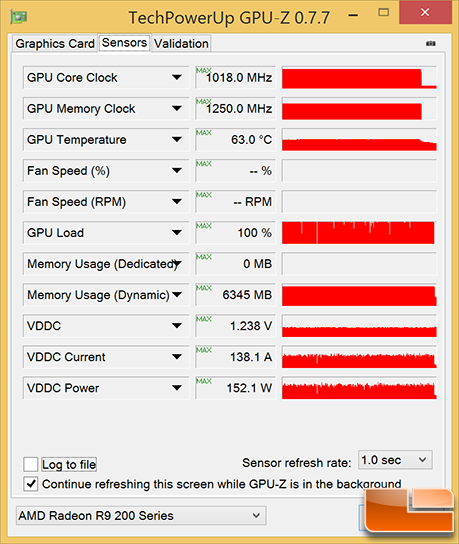 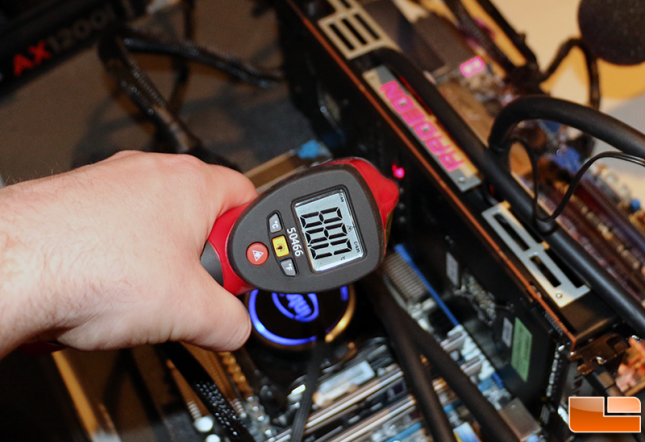 We don’t own a FLIR infrared camera, but our non-contact laser directed infrared thermometer and it showed that we were running 88C on the back of the card behind where the VRM area is located. We took this reading after BF4 was running for half an hour on our open air test bench. No air is circulating behind the card, so we were actually pleasantly surprised with this measurement as we were expecting it to be higher. It would have been nice AMD would have put together a full coverage water block as that would have keep the VRM’s much cooler, but that would have added R&D time and likely a higher price tag. 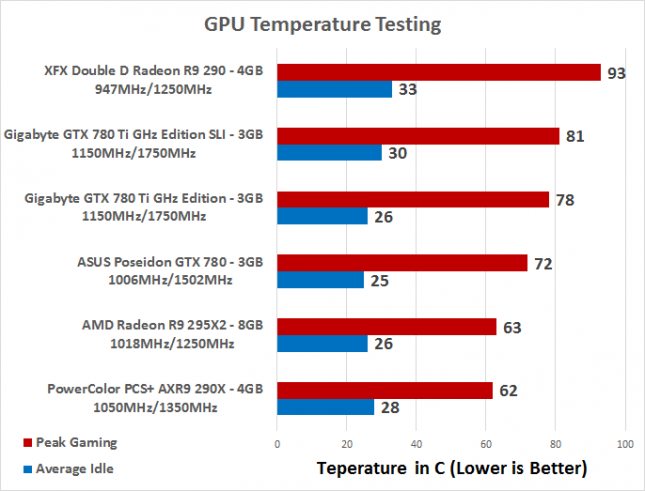 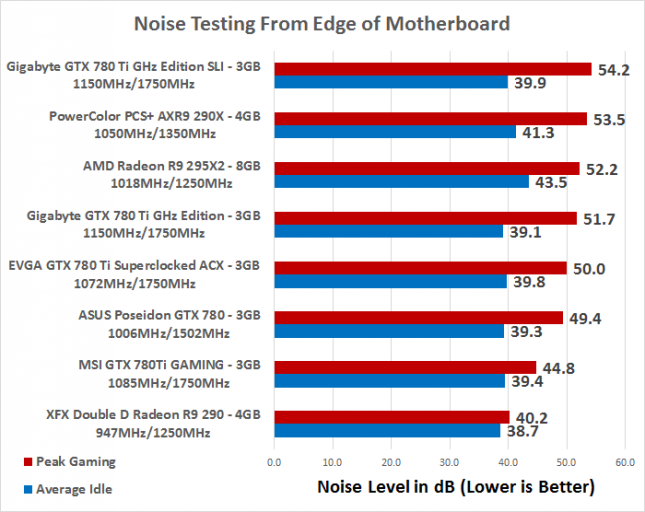 The additional fan noise from the cards radiator helped this card have the highest average idle noise level of all of cards that we have recently looked at. The fan noise actually wasn’t that bad though at full load and was actually quieter than the Gigabyte and PowerColor setups that feature cards with triple fan coolers on them. The Gigabyte GeForce GTX 780 Ti GHz Edition 2-way SLI setup for example had six fans spun up while gaming and easily topped the charts.