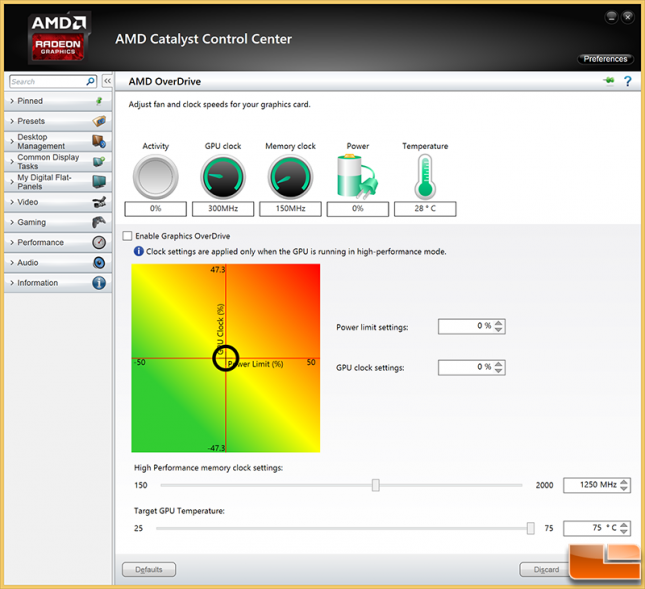 How well does the AMD Radeon R9 295X2 graphics card overclock? We were wondering the same thing and fired up AMD Catalyst Control Center to find out! 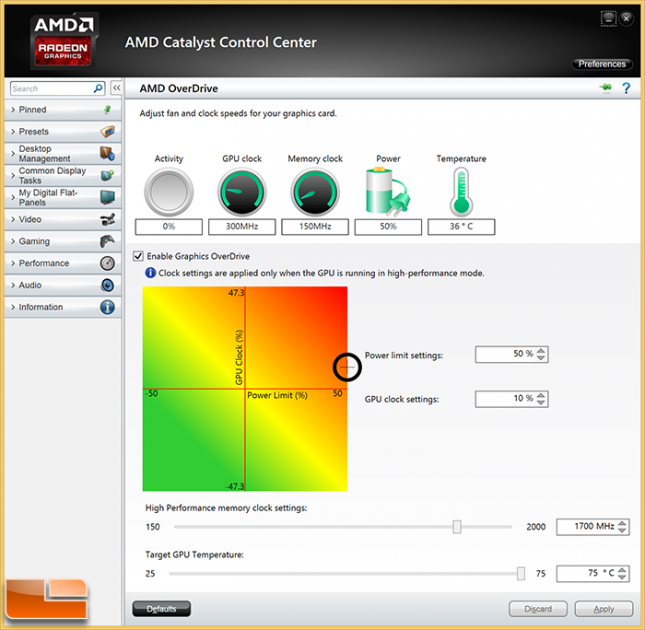 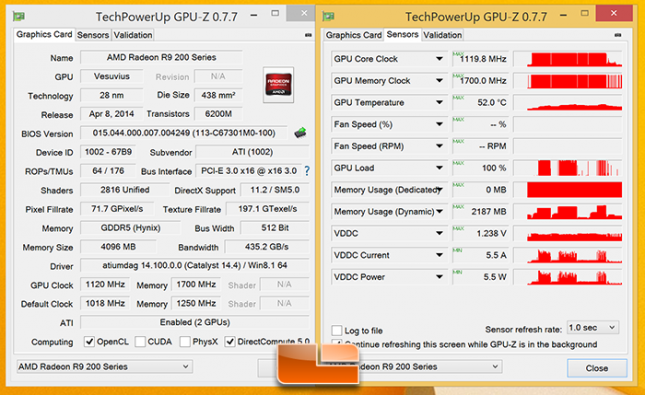 We were able to get higher than 1120MHz core and 1700MHz memory, but our performance actually went down even though the system appeared to be stable with the clocks were higher.

The AMD Radeon R9 295X2 with the latest Catalyst 14.4 beta drivers scored right around 16,000 points depending on the benchmark run. In this particular benchmark run we got 15,964 points in 3DMark Fire Strike.

After our overclock we were able to get a score of 16,674 3DMarks. This 710 point increase represents a 4.4% performance improvement and shows that there is some room for increased performance due to overclocking in the R9 295X2.