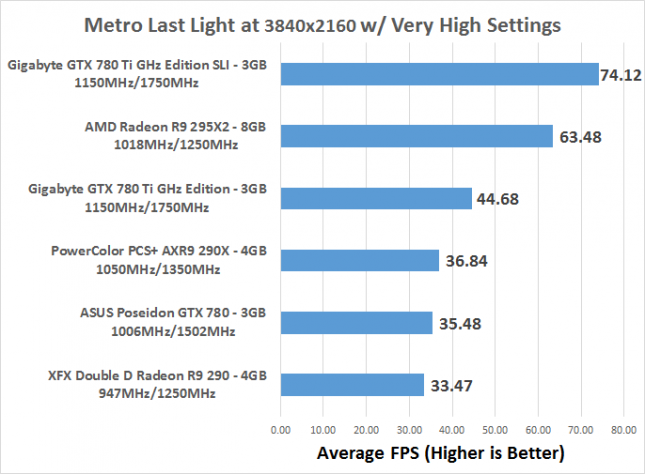 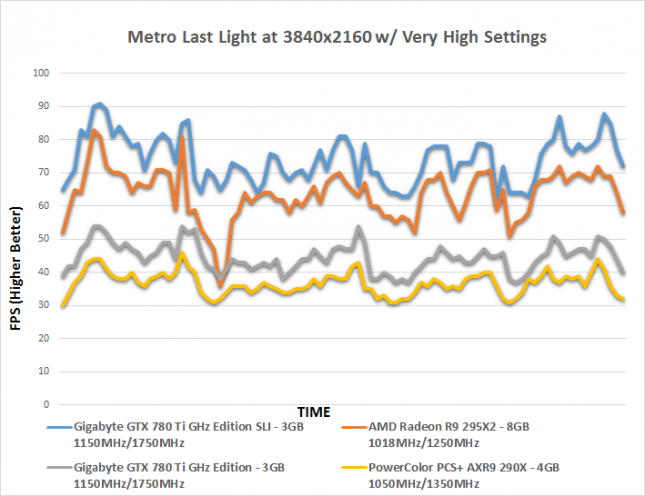 Benchmark Results: We had another performance drop that was repeatable in Metro Last Light on the Radeon R9 295X2 in this first half of the benchmark run, but other than that the performance was solid across the scene.