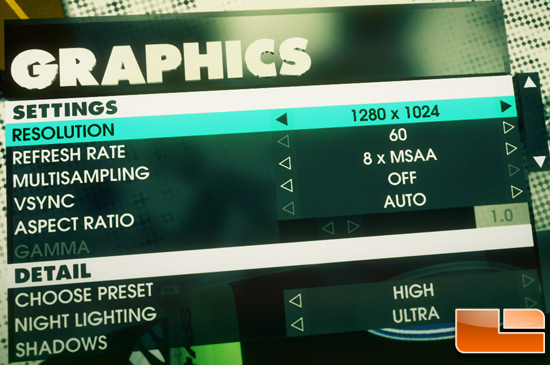 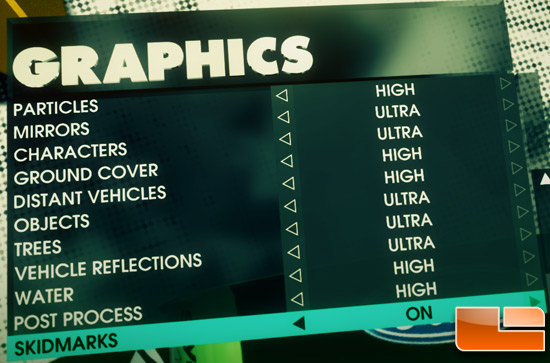 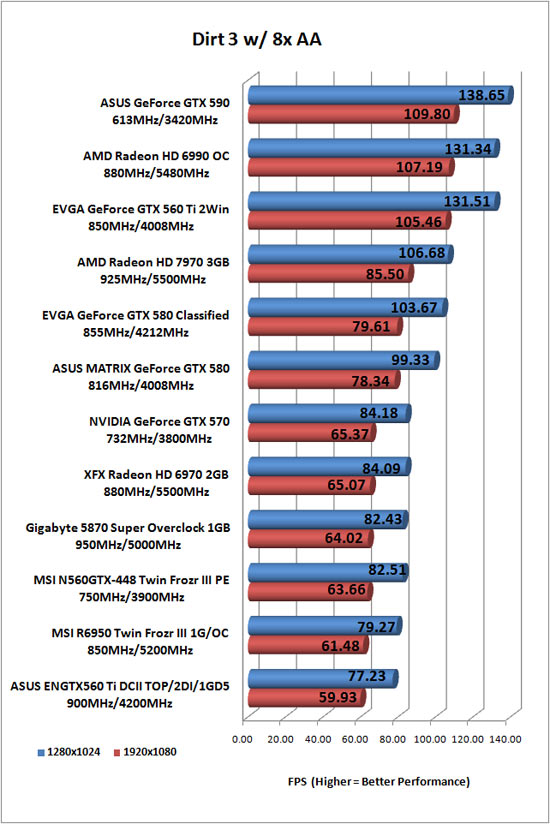 Benchmark Results: With the image quality set to the maximum and 8x anti aliasing there was only 3 frames per second between the top two single GPU graphics cards in DiRT 3 at 1280×1024. The three frames per second difference was lead by the AMD Radeon HD 7970 which is 2.9% faster than the EVGA Classified. Running the DiRT3 benchmark at 1920×1080 the margin grows to nearly 6 frames per second which is a solid difference of 7.4%
Questions or comments? View this thread in our forums!