AMD sent over the Radeon HD 7970 3GB GDDR5 video card for us to review today and that is what we’ll be looking at. They didn’t send us two for AMD CrossFire testing, so we’ll have to focus on that at a later date. 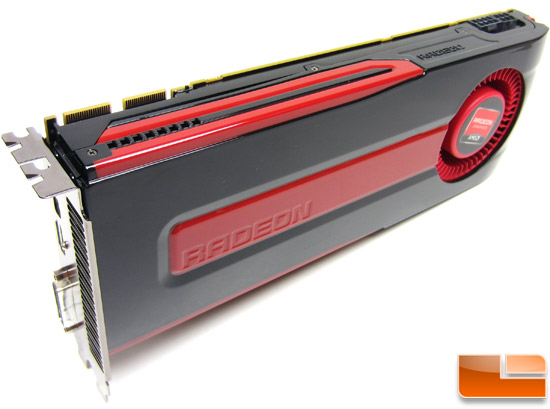 As you can see from the angle shot above the AMD Radeon HD 7900 series will have an appearance that is familiar as AMD has stuck with the red/black color scheme once again. The AMD Radeon HD 6000 series cards had a matte finish on the plastic fan shroud, but for some reason AMD went high-gloss with the 7000 series. At first the high-gloss finish was nice, but then we started to notice finger prints all over the plastic housing.

This video card PCB is black and measures 10.5-inches in length. It should be noted that the fan shroud does extend past the PCB making the overall length of the Radeon HD 7970 to be 11-inches. The height of the card is exactly 5-inches if you count the mounting bracket or just shy of 4.25″ if you count what sticks out of the PCI Express x16 slot. As you can see from the photo the AMD Radeon HD 7970 is a dual-slot card with a squirrel cage type cooling fan on it. 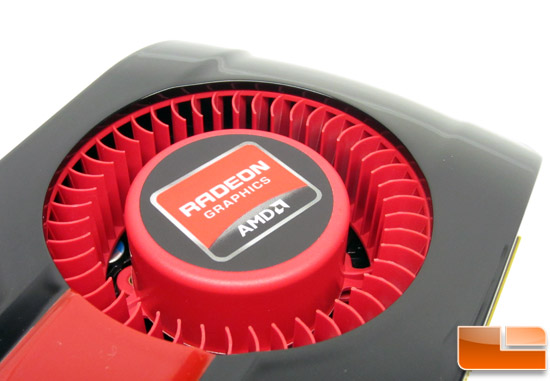 AMD said the spent a great deal of time improving the fan design on the Radeon HD 7970 and the end result is a wider fan that has a new blade blades with a different pitch to them. The end result of this is improved cooling and acoustics even though the fan has a higher CFM rating. It’s not every day that you can increase the airflow and reduce the noise and GPU temperature! AMD also improved the overall design of the card for better cooling. The Radeon HD 5000 and 6000 series cards had squared off corners at the end of the fan shroud. AMD rounded or tapered the end of the Radeon HD 7970 graphics card to improve airflow to the fan. This is ideal for those running CrossFire as if you had two card next to each other there is still a void for fresh air to come into the fan. 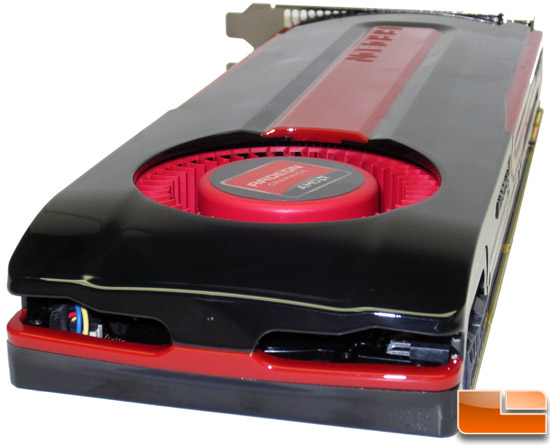 You can see rounded end again here and that AMD placed some ‘air vents’ along the back edge of the card for improved cooling as well. AMD also improved the vapor chamber used under the fan shroud and it is the sixth generation of vapor chambers developed by AMD.

The back of the Radeon HD 7970 is open as the reference card doesn’t feature a back plate. Not too much to talk about back here as none of the 3GB worth of GDDR5 memory chips are visible on this side of the PCB. The only thing worth noting here is the GPU support bracket that remains unchanged from previous generations. 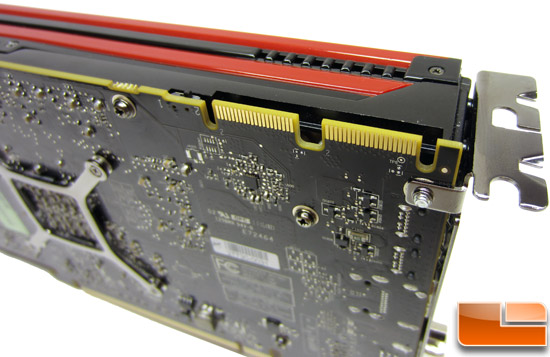 The AMD Radeon 7970 features two CrossFireX interconnects for CrossFire bridges. This means you can pair up to four of these together for improved gaming performance. Notice that just above the CrossFire interconnects are some black bumps with some spaced between them. This is actually an air vent for the GPU cooler. 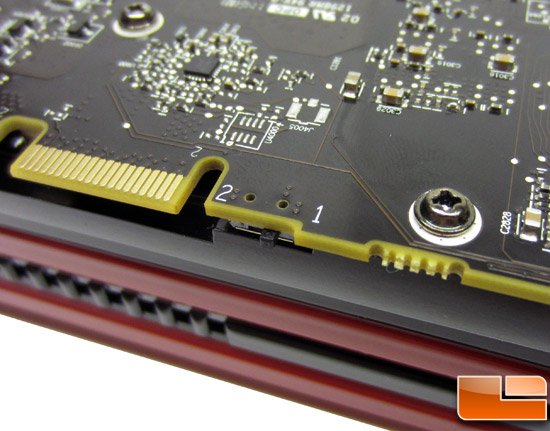 Just like the AMD Radeon HD 6900 series, the Radeon HD 7970 has the ‘Dual BIOS Toggle Switch’ that has won accolades from enthusiast and overclockers since it was introduced. This switch allows you to switch between two totally separate BIOS versions on the Radeon HD 7970 graphics card. AMD said that these boards have two BIOS chips (EEPROM) that both have separate lanes. If you want to tweak or flash the card to a different BIOS you can always do so on setting number 1, which is unprotected and for user updates. Setting number 2 is protected as the factory default and can’t be flashed by end users. Later in this article we’ll be flashing the Radeon HD 7970 with an ‘unlocked’ BIOS to overclock it beyond the standard 1125MHz core and 1500MHz memory clock limitations set in the CATALYST Control Center (CCC). 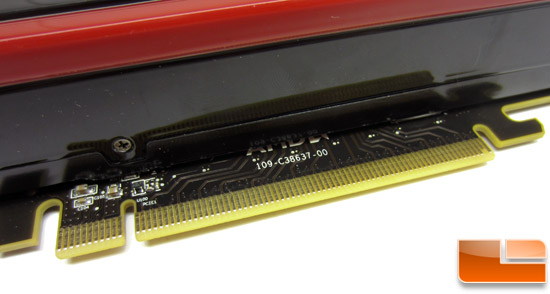 AMD is the first graphics card manufacturer to support the PCI Express 3.0 standard. Sadly, the PCI Express connectors look the same as the slot hasn’t changed. It doesn’t give you much to look at and unless you are gaming on a ultra HD monitor (think 4K resolutions) then you won’t notice a difference right now. 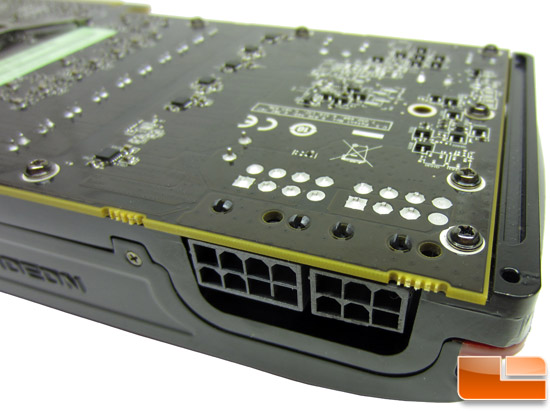 The AMD Radeon HD 7970 has a pair of mini-DisplayPort 1.2 connectors
on it that have double the data-rate of DisplayPort 1.1. In addition to
the higher data-rate, DP 1.2 also brings support for higher resolution
support and support for stereoscopic 3D. The Radeon HD 7970s supports up to six DisplayPort displays by “daisy chaining” them to the two Displayport outputs. To the right of the pair of mini-DisplayPort connectors is a full size HDMI 1.4a output for 3D video (Blu-ray 3D) support and a dual-link DVI-I output. With full support for 3GHz HDMI 1.4a and DisplayPort 1.2 HBR2, the AMD Radeon HD 7970 is set to drive next generation displays at up to 4K resolution. Notice that AMD did away with having two DVI outputs and by doing so they opened up an entire side of the PCI bracket for exhausting the hot air from the GPU. AMD said that by opening removing that DVI port that not only do the temperatures improve, but also the noise as there is air flow isn’t blocked as badly.