It’s hard to imagine that AMD released the ATI Radeon HD 5000 family of graphics products back in 2009. By doing so, AMD became the first company to offer DirectX 11 compatibility when Windows 7 was launched. Last year AMD released the Radeon HD 6000 series, which featured some performance optimizations and enhancements for tessellation, image quality, Eyefinity, CrossFireX, and video decoding. The AMD Radeon HD 6000 series proved to be solid video cards, but it was the company’s final attempt to get the most from that GPU architecture. For the Radeon HD 7000 series the engineers needed to come up with a new micro-architecture, but we’ll get to that in a minute. First, let’s take a look at AMD’s ‘Southern Islands’ offerings that will make up the Radeon HD 7000 series product line. 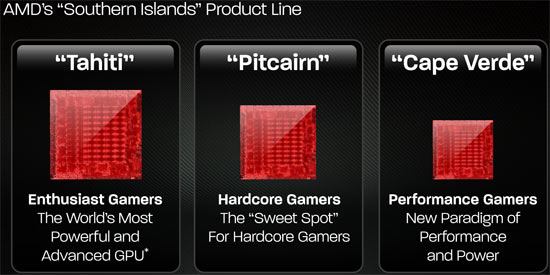 Right now AMD is talking about three GPU cores that will be used for the Radeon HD 7000 series. The flagship core is Tahiti, the performance core is Pitcairn and the budget friendly offering is Cape Verde.

The core that AMD will be releasing first is Tahiti, which will be the GPU that powers the Radeon HD 7900 series that will become available on January 9th, 2012. 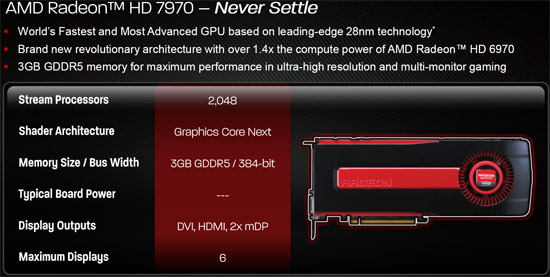 The AMD Radeon HD 7900 series has a ton of new features that are highlighted by the slide above. We don’t have time to cover all of these new features today due to time constraints, but we still wanted you to see them all. 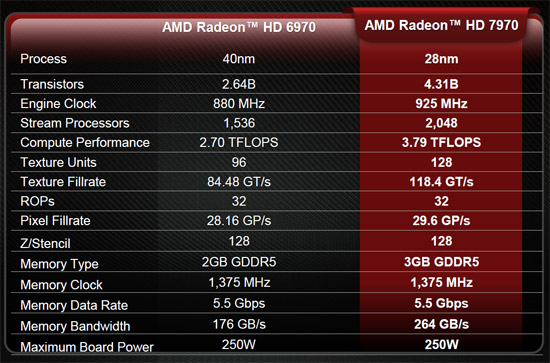