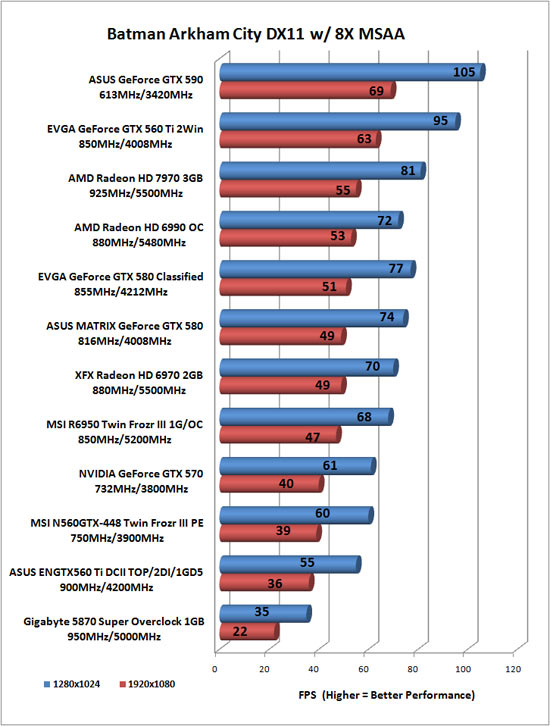 Benchmark Results: Batman: Arkham City has had some serious issues from the start. First we weren’t able to run it in DirectX 11, now it seems that AMD CrossFireX is broken. The AMD Radeon HD 7970 is the fastest single GPU card of the bunch. 1280×1024 the Radeon HD 7970 was pulled an average of 81 frames per second which is 4 frames per second faster than the EVGA GeForce GTX 580 Classified. Running the game at 1920×1080 the AMD Radeon HD 7970 maintained a 4 frame per second lead over the EVGA GTX 580 Classified which was the previous leader of single GPU cards.
Questions or comments? View this thread in our forums!