Opening up an OCZ Trion 100 series SSD is very simple as there are no screws that need to be removed and our media sample didn’t have any stickers on it that needed to be broken in order to access the drives internals. We popped open the drive with a small flat head screwdriver and found a tiny blue PCB inside that took up about 3/4 of the length of the enclosure. 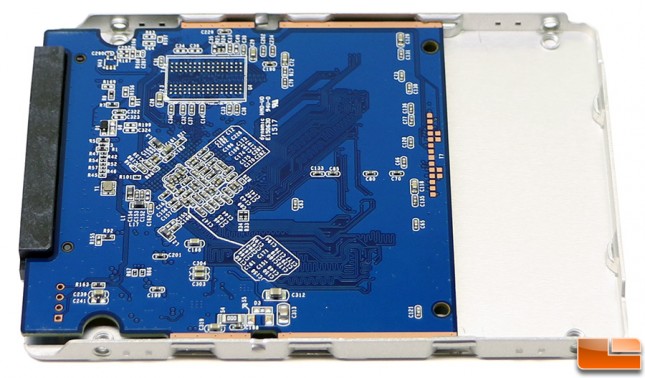 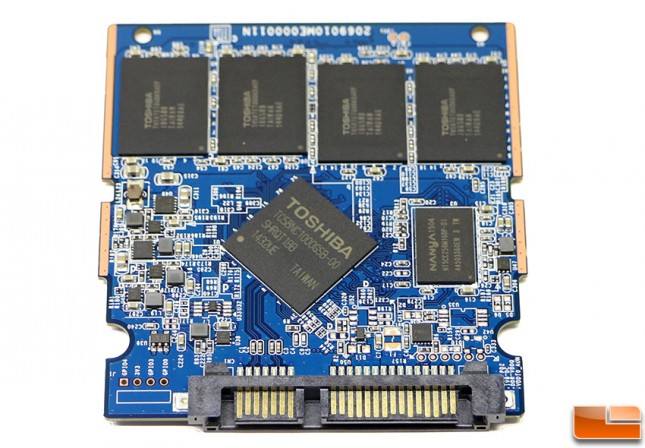 OCZ didn’t use any thermal pads on our Trion 100 480GB drive, so this SATA III drive was ready for pictures without needed to be cleaned up! 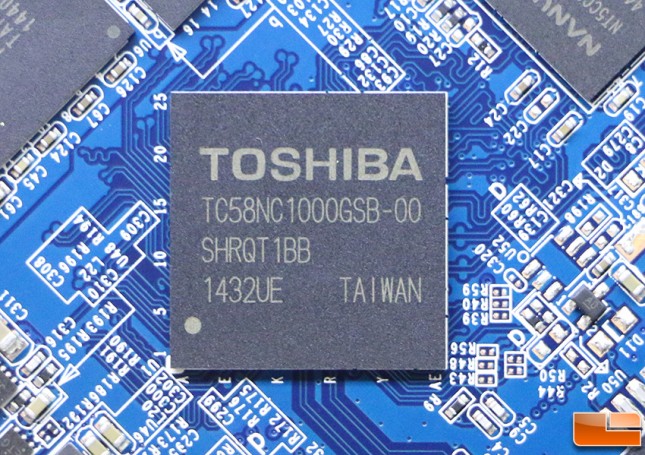 The Toshiba TC58 SSD controller is labeled TC58NC1000GSB-00 and is a completely in-house designed controller by Toshiba to optimally run TLC NAND Flash. This controller once went by the code name Alishan at Computex 2015, but OCZ and Toshiba have asked us to stop calling it that. From what we can tell by just looking at this drives PCB layout it looks like OCZ Storage Solutions an Toshiba is using a Phison S10 controller and the reference design PCB. Maybe it was the firmware that was completely in-house as it looks like the controller is made by another company.

The industry and consumers learned that the Samsung SSD 840 EVO series with planar TLC launched with some endurance issues that later had to be fixed with firmware updates. Samsung had some fairly significant performance issues getting 2D planar TLC memory working right and have since moved on to 3D V-NAND for the 850 EVO series and so far have avoided the planar issues that they were experiencing on older series drives. The problem is that the benchmark utilities most all sites use to benchmark SSDs will not show the performance issues because they always write new files to the drive. The performance degradation issue on TLC drives is mainly due to the fact that the voltages inside the actual cell changes over time. Samsung ‘fixed’ their TLC issues by adjusting the voltage algorithm used to read the TLC NAND.

Hopefully OCZ Storage Solutions and Toshiba have played close attention to the misfortunes of Samsung and have been able to dial in the firmware on this drive since all the components and firmware are made in-house. When it comes to error correction Toshiba will be using their own Quadruple Swing-By Code (QSBC) technology that has been used on Toshiba drives since 2014. We don’t know much about this technology, but Toshiba claims that Quadruple Swing-By Code is a highly efficient error correction code (ECC) that helps protect consumer data from corruption caused by NAND Flash memory media wear. 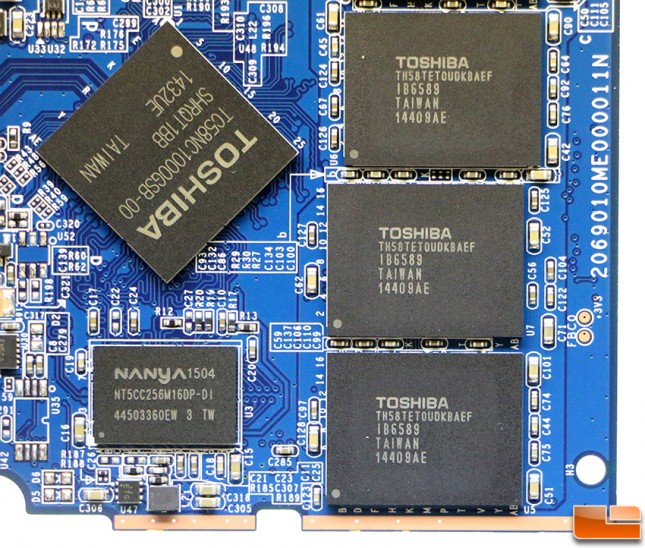 The Toshiba TLC NAND Flash is labeled TH58TETOUDKBAEF and was made in week 40 of 2014, so it was packaged in the final work week of September 2014. The Toshiba TC58 SSD controller was packaged in work weed 32, which is in early August 2014. It appears that OCZ/Toshiba has had silicon for nearly a year and has likely been perfecting the firmware for this drive for months.

Let’s take a look at some benchmarks and see how this drive does!