OCZ is showing off the brand new Trion 100 series of SSDs this week at Computex. The OCZ Trion 100 series feature Toshiba’s Alishan SSD controller and premium A19 Triple-Level Cell (TLC) NAND flash. This drive is now OCZ’s new value-oriented option and is meant to be the go-to drive for an affordable way for consumers to improve the performance of their laptop or desktop PC. The OCZ Trion 100 Series will be available soon in 120GB, 240GB, 480GB and 960GB capacities. 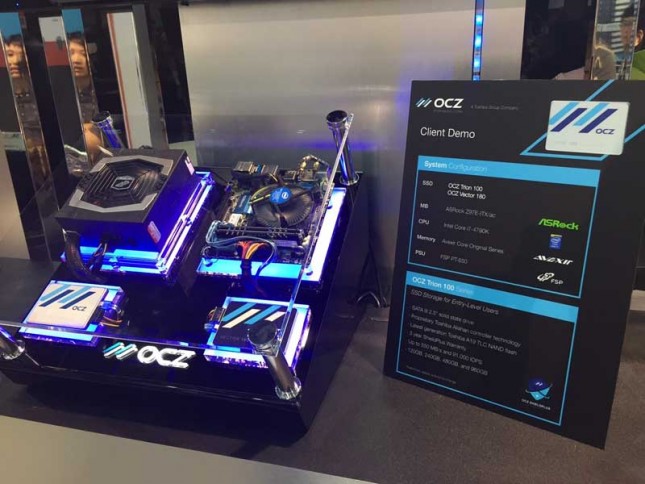 OCZ says that the Trion 100’s preliminary performance is rated up to 550 MB/s of bandwidth on sequential data transfers and up to 91,000 random read 4K IOPS.

“By leveraging controller and TLC NAND technology from Toshiba, we are pleased to be able to bring to market the exciting new Trion 100 SSD Series which will offer end-users an optimal mix of performance, features, and value, making it easier than ever for value-conscious consumers to leverage the benefits of a high quality yet affordable SSD that delivers improved desktop and mobile computing experiences,” said Alex Mei, CMO and GM of the Client Business at OCZ Storage Solutions.

OCZ has the Trion 100 SSD in the booth at Computex and ran some benchmarks for us. 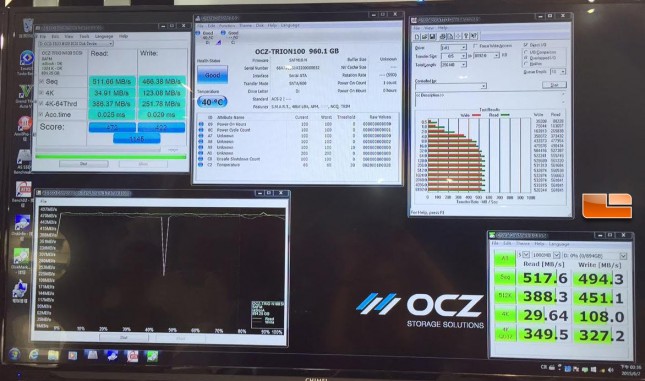 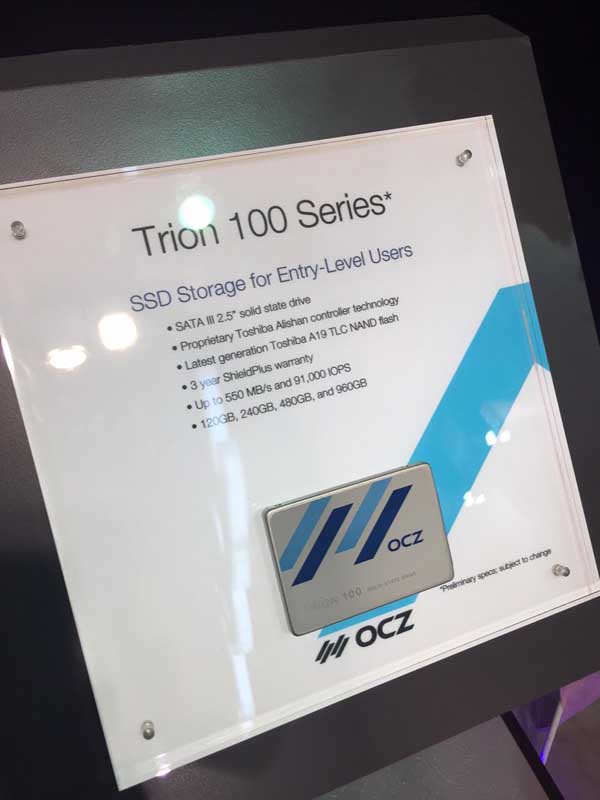 OCZ has not announced any pricing information on the Trion 100 Series, but we expect to hear those numbers closer to when the drive launches in the weeks ahead. 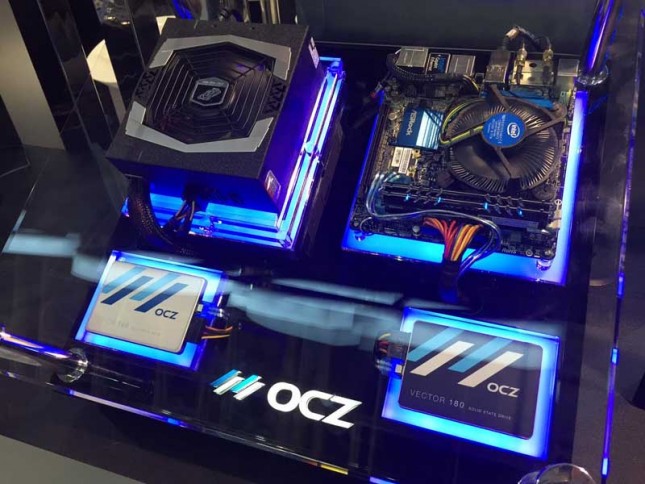