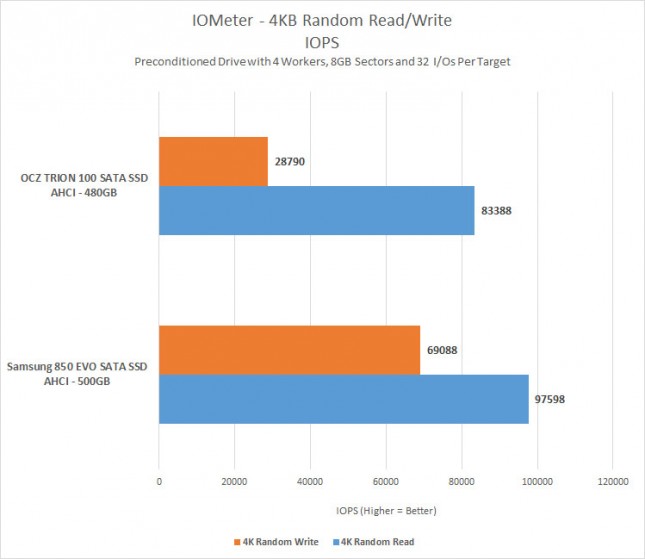 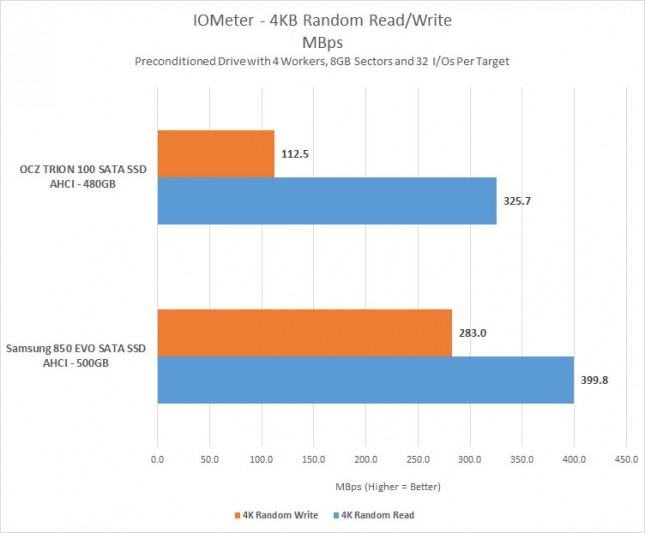 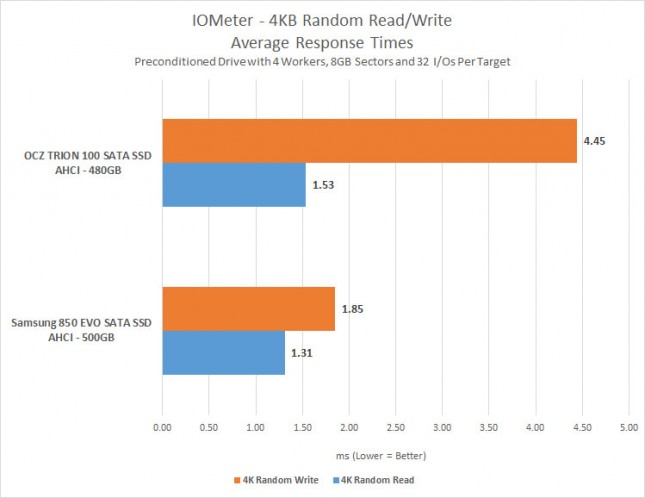 The response times on the Samsung SSD 850 EVO were significantly lower than the OCZ Trion 100 480GB SSD.