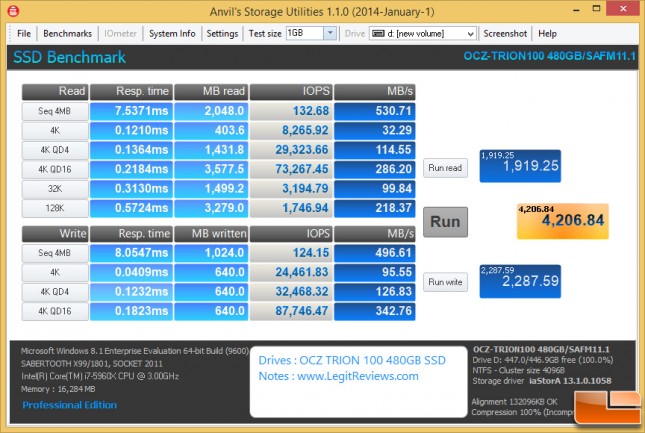 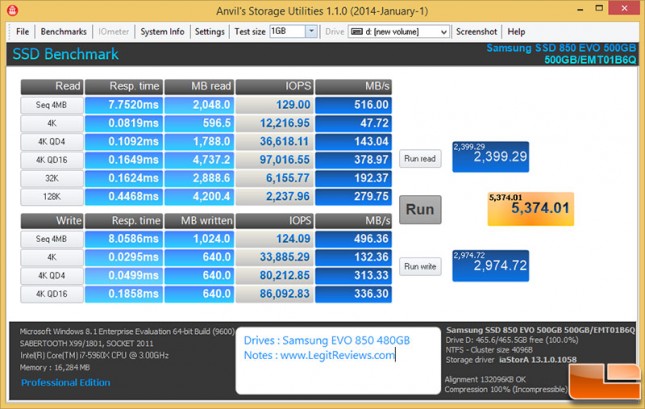 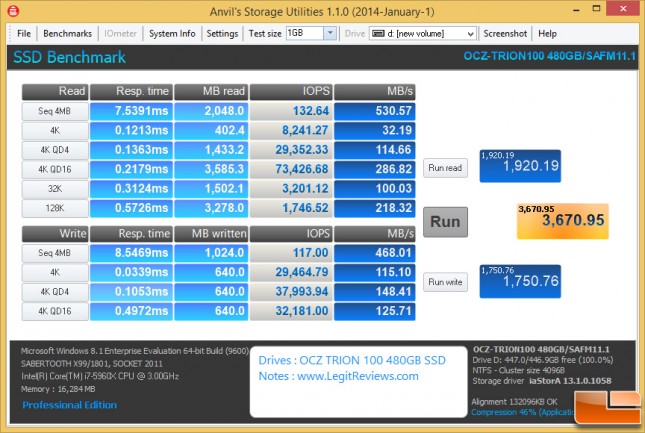 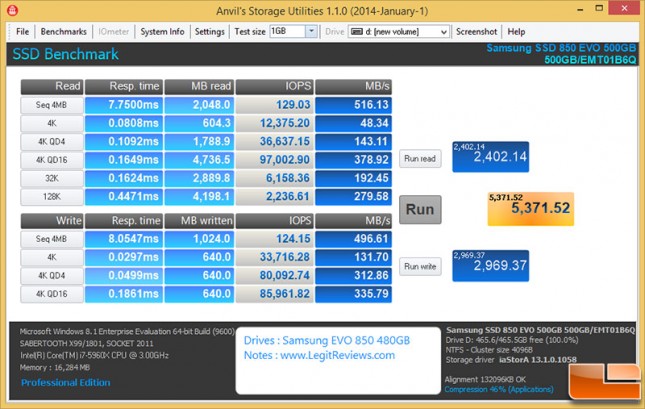 Benchmark Results: With the compression at 46% to help mimic real world applications better the performance on the OCZ Trion 100 dropped while the Samsung 850 EVO stayed more or less the same.