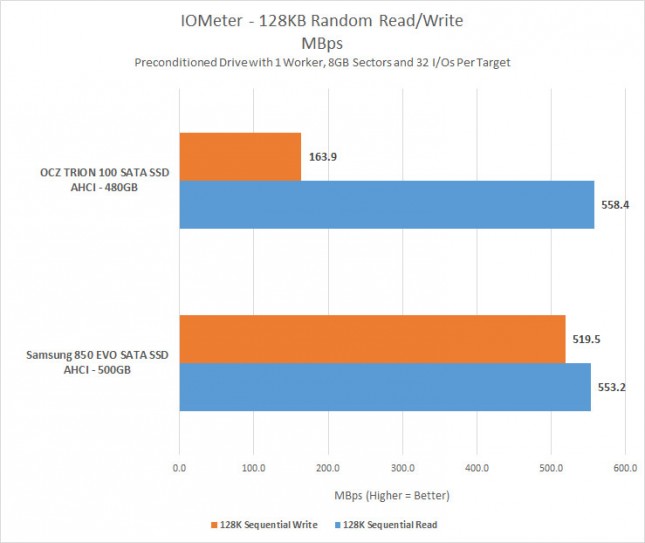 The 128KB Sequential Read/Write test is done primarily to make sure the drives we are testing meet or surpass the manufacturer specifications for sequential Read/Write performance. The Samsung SSD 850 EVO 500GB drive topped out at 553 MB/s read and 520 MB/s write. The OCZ Trion 100 came in with an impressive 558 MB/s read, but the write speeds were a rather unimpressive 164 MB/s. 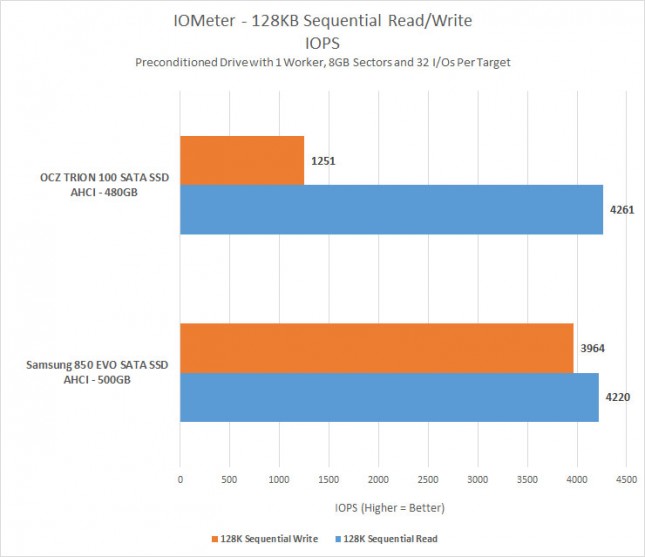 For those that like to know the IOPS results you are looking at around 4,200 IOPS for the sequential read on both drives, but the Samsung 850 EVO had 3,964 IOPS on the sequential write while the OCZ Trion 100 had 1,251 IOPS. 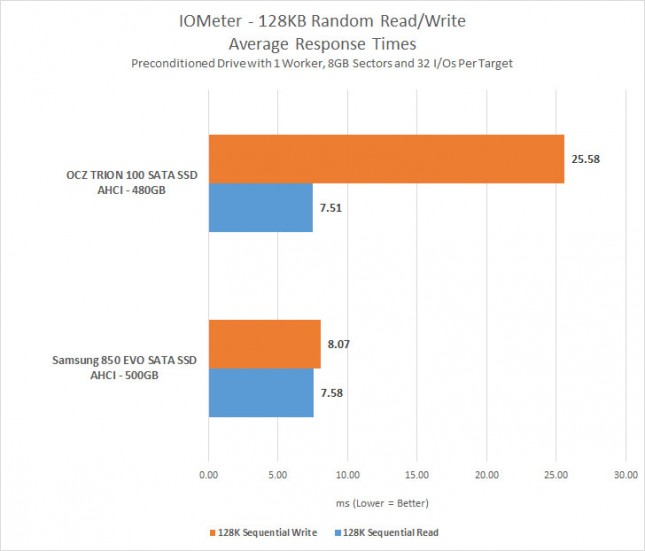 Having high IOPs per second is generally considered good, but you also look at the latency when interpreting the results. Just because the IOPs are high it might not mean that the data is being delivered at a reasonable latency and this could cause for a poor user experience. The Samsung 850 EVO was right around 8ms on the average response times and the OCZ Trion 100 was in the ballpark for the reads, but was at over 25ms for the writes.