Benchmark Results: AS SSD showed the Samsung 850 SSD EVO 500GB drive having an overall score of 1226 points versus 1026 on the OCZ Trion 100 480GB drive. Both the sequential and random read tests were strong on the OCZ Trion 100, but all of the write speeds were significant faster on the Samsung SSD 850 EVO 500GB drive. 4K performance is very important and the Samsung SSD 850 EVO managed to have more performance on the 4K test.

Benchmark Results: The copy benchmark test results actually closer than we expected with the OCZ Trion 100 and Samsung 850 EVO taking the lead in one or more of the tests. 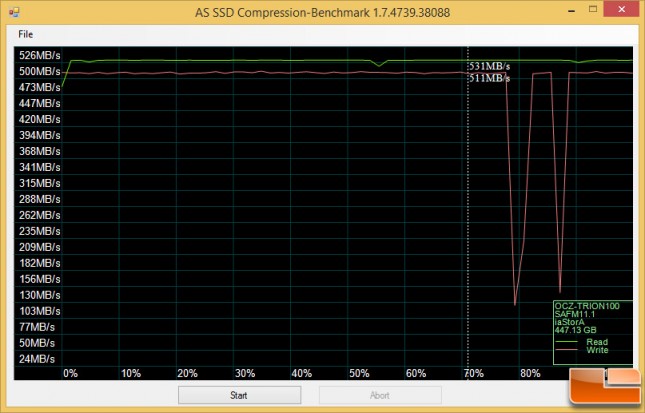 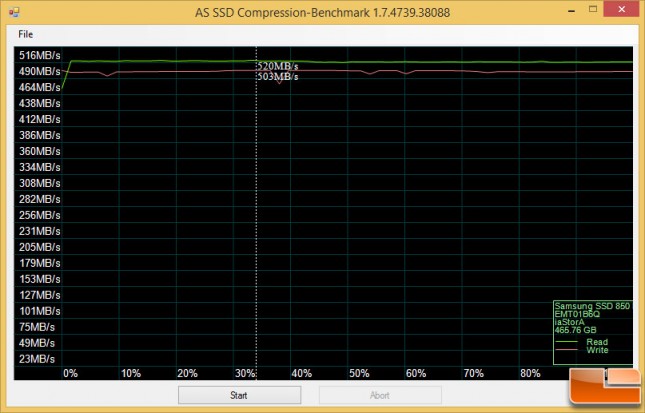 Benchmark Results: For this benchmark chart you would ideally want to see a straight line as you don’t want any compression performance loss as the test goes from 0% compressible to 100% compressible data during the benchmark test period. The OCZ Trion 100 480GB SSD had higher overall performance, but there were some really strange dips that happened along they was on the write test.