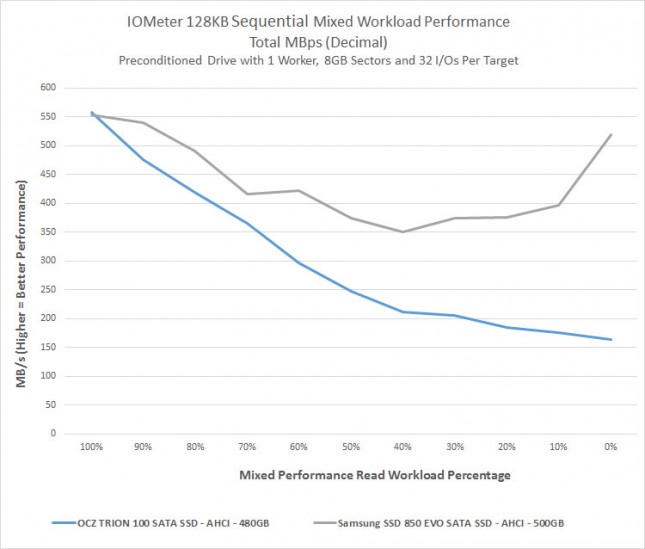 The OCZ Trion 100 480GB drive starts out great in our 128KB sequential mixed workload test with 100% reads, but the performance drops off as writes are added and performance never comes back like we expected it to. 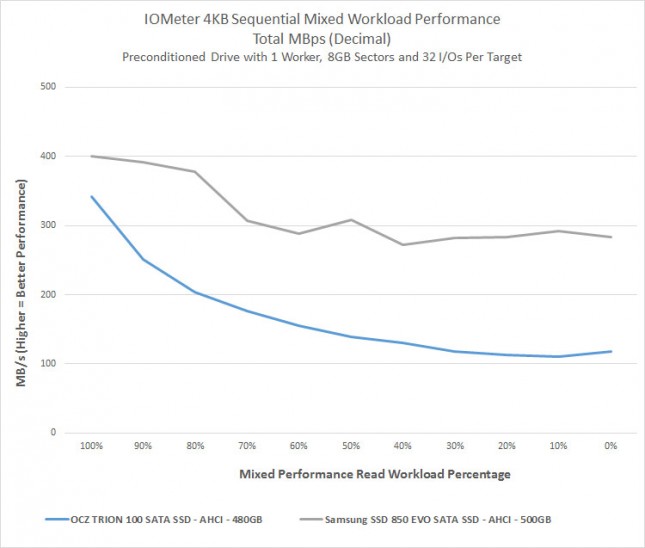 Let’s take a look at power and temperatures!