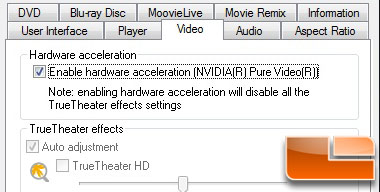 To test CPU Utilization during Blu-Ray playback I used CyberLink PowerDVD 9 Ultra (build 9.0.1719.0) and enabled hardware acceleration within the application (as seen above). This time around hardware acceleration remained enabled on both test platforms. CPU utilization was logged for 90 seconds of playback with each movie, and the results were taken. Movies were played back in full screen mode with the desktop resolution set to 1920×1080, or 1080p. 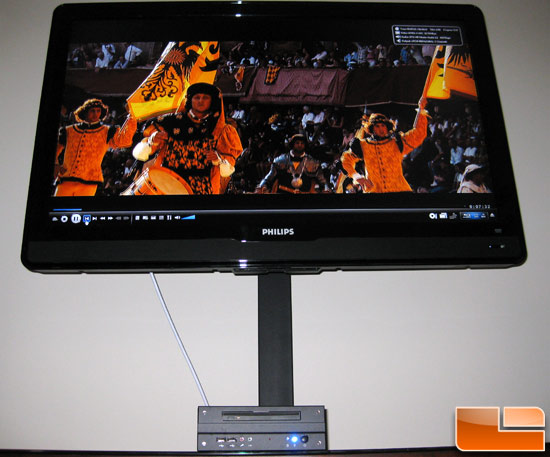 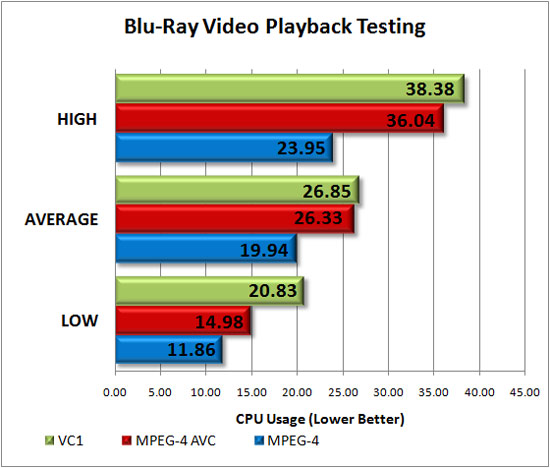 As you can see from the performance monitor results the system easily played the Blu-Ray movies and even the peak CPU load was under 40%. This system is more than capable of playing Blu-Rays thanks to the NVIDIA Ion graphics being on-board.