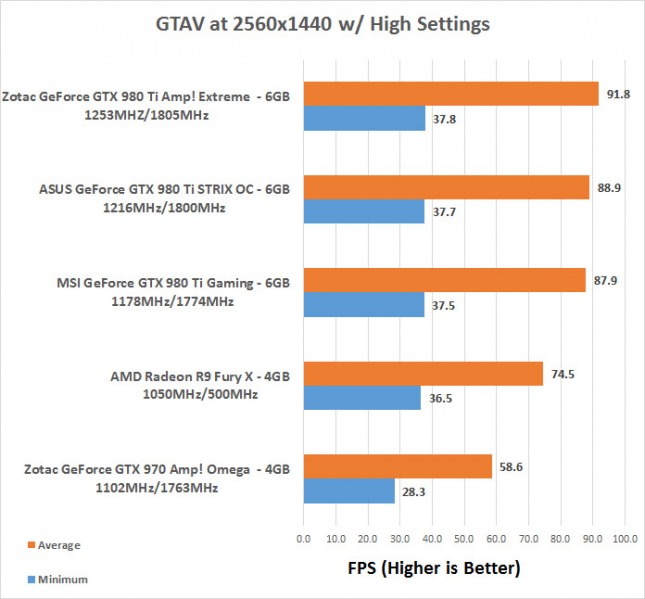 Benchmark Results: After running the games built-in benchmark we found that the GeForce GTX 98o Ti had ~90 FPS averages and was easily able to outpace the GeForce GTX 970 and AMD Radeon R9 Fury X video cards that we tossed in for comparisons sake. 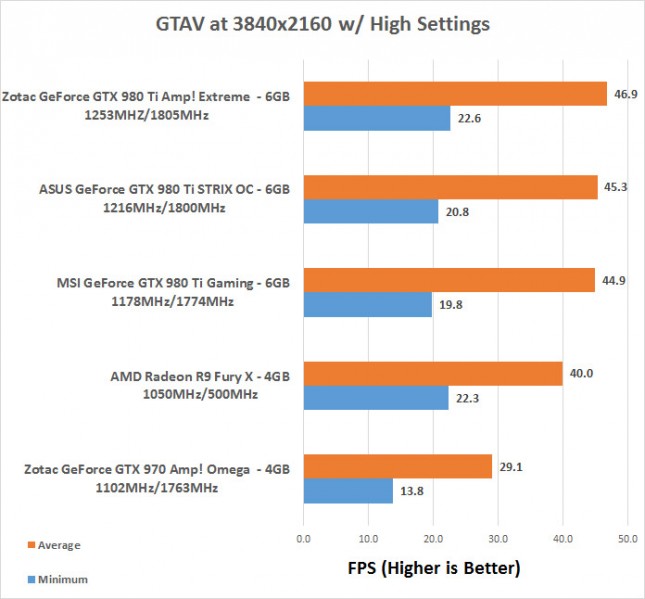 Benchmark Results: The GeForce GT 980 Ti was averaging about 45 FPS in GTAV with the minimum frame rate dropping into the teens at some points at 4K resolutions. The AMD Radeon R9 Fury X finally showed up to do battle and posted respectable minimum frame rates that actually were better than two of the three GTX 980 Ti cards. Unfortentially, the Radeon R9 Fury X average FPS was still behind that of all three GTC 980 Ti video cards.