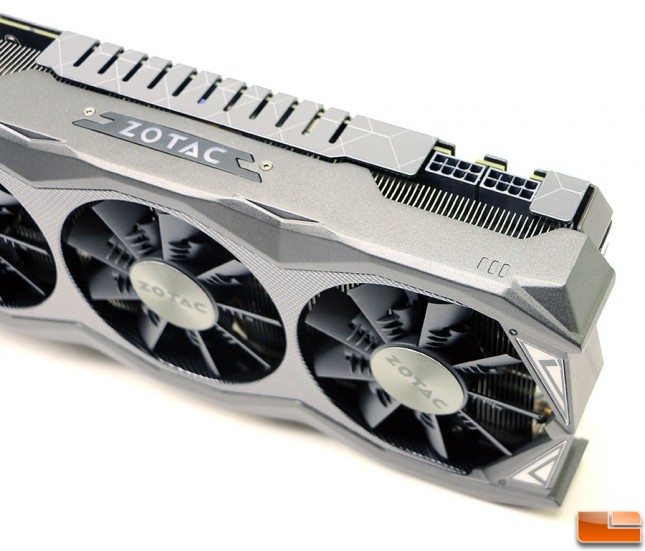 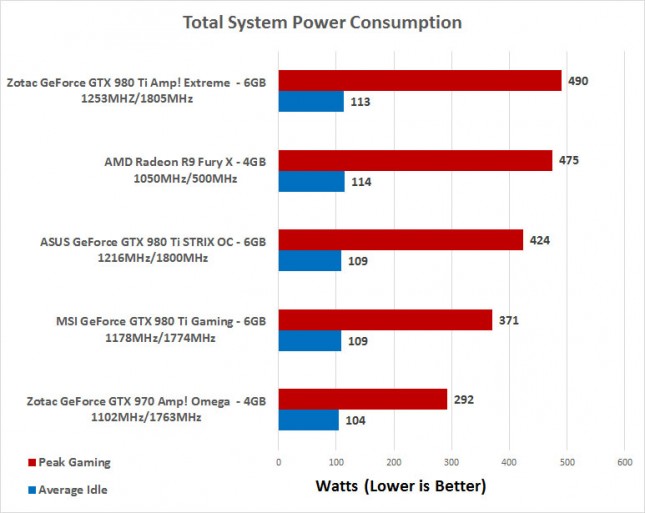 When it comes to why we are seeing somewhat odd power results like this it is likely due to a combination of factors. You have the higher clock speeds, different GPU power leakages, very different board components (directly impacts efficiency), and different fans. The Zotac card we tested likely has a GPU with higher leakage levels, a less efficient power phase design and top of the fact that the fans and power phases were working harder since the card is running at higher clocks and generating more heat. GPU-Z is only reporting what its being told, so there could be some slight differences in actual voltages also. Too many variables, but our numbers are spot on within 1W from repeated testing over multiple days.