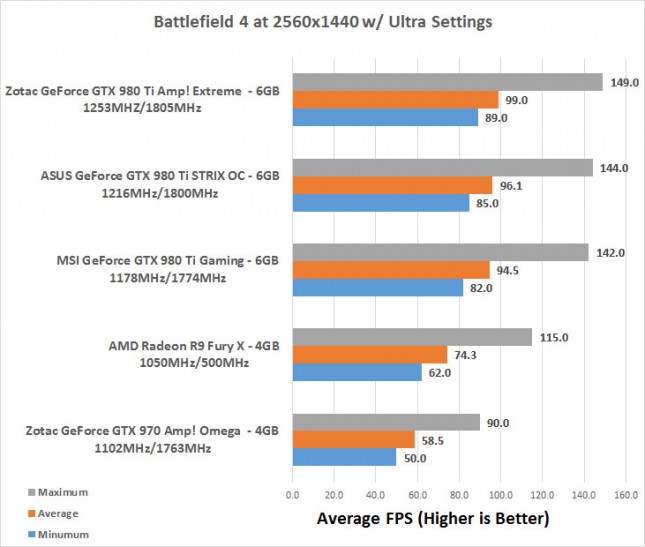 Benchmark Results: If you game on a 2560x1440P display and play BF4 the NVIDIA GeForce GTX 980 Ti cards will get you close to 100 FPS averages with minimums that don’t even come close to dipping below 60 FPS. The Zotac GeForce GTX 980 Ti AMP! Extreme Edition lead the pack of GT 980 Ti’s since it had the highest clock speeds. 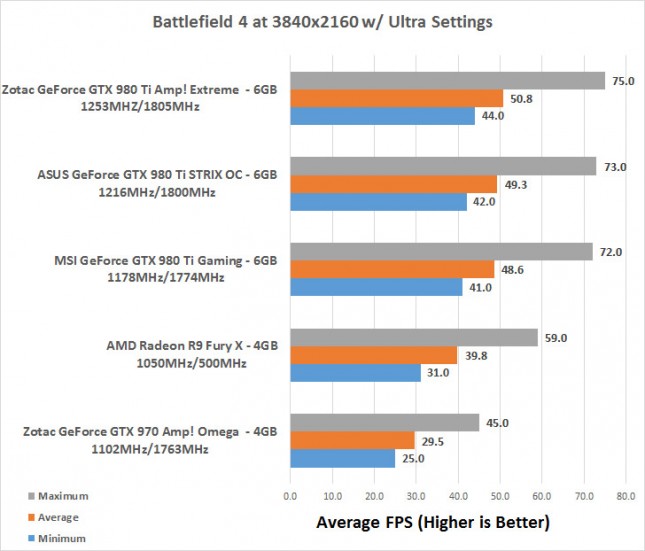 Benchmark Results: When it comes to 4K Ultra HD gaming we found the GeForce GTX 980 Ti cards were averaging 50 FPS or close to it. The AMD Radeon R9 Fury X was a good 10 FPS slower with regards to minimum and average frame rates.