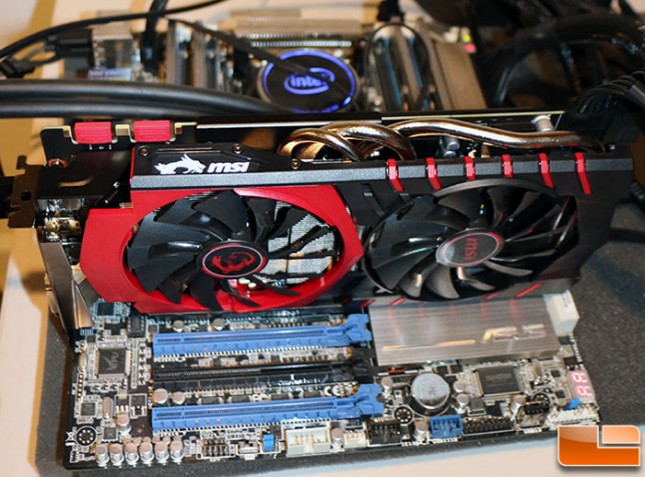 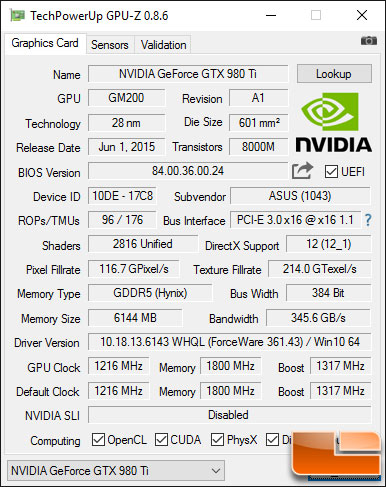 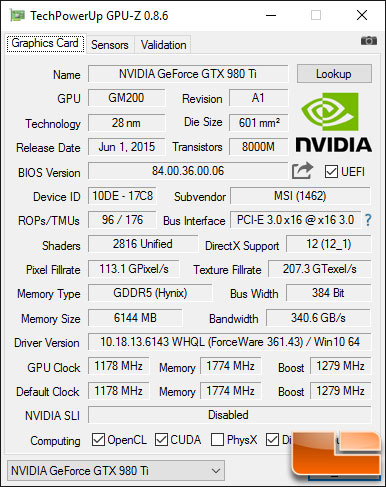 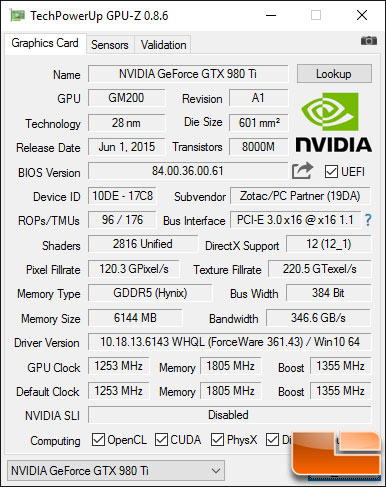 Before we get into the test results here are the clock speeds of each card and finally their observed voltages and peak core clock that were shown in GPU-Z 0.8.6 while we were running the benchmarks. The cards boost clock is not the maximum clock speed that the card will run at and thanks to NVIDIA’s GPU Boost 2.0 algorithm you’ll see cards able to go well beyond the rated clock speeds if the parameters are right. This is where a better GPU cooler might come into play as it should allow for higher boost clock speeds. All of the peak clocks we recorded when gaming were 63MHz to 88MHz faster than the cards advertised GPU Boost clocks. Keep this in mind when looking at the performance charts on the following pages.