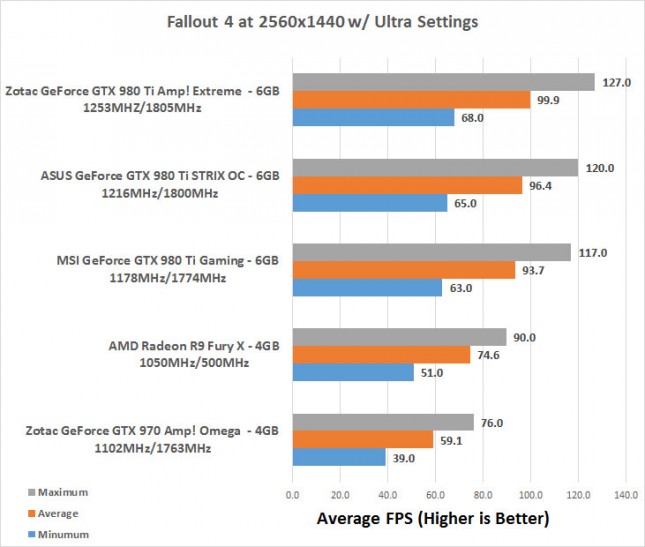 Benchmark Results: In Fallout 4 at 2560×1440 the GeForce GT 980 Ti cards and no issues handling our benchmark scene and were found to be nearly 25% faster than a stock AMD Radeon R9 Fury X 4GB reference card. 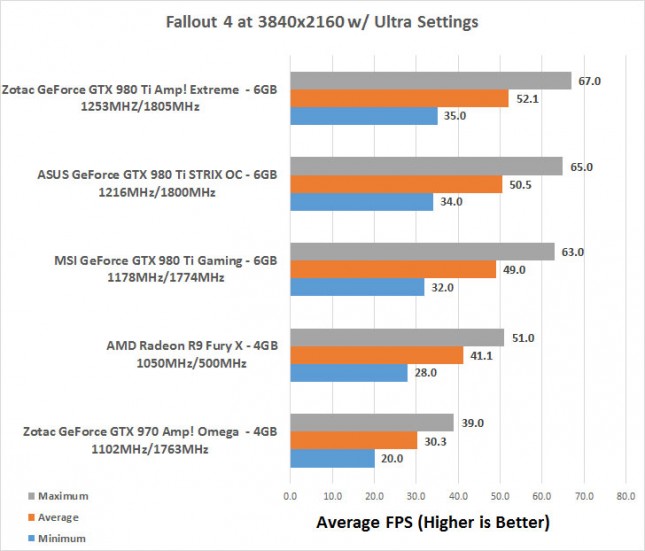 Benchmark Results: When we increased the resolution to 3840×2160 for some 4K gaming goodness the performance on the GT 980 Ti’s dropped down to around 50 FPS on average with the lows in the 30’s.