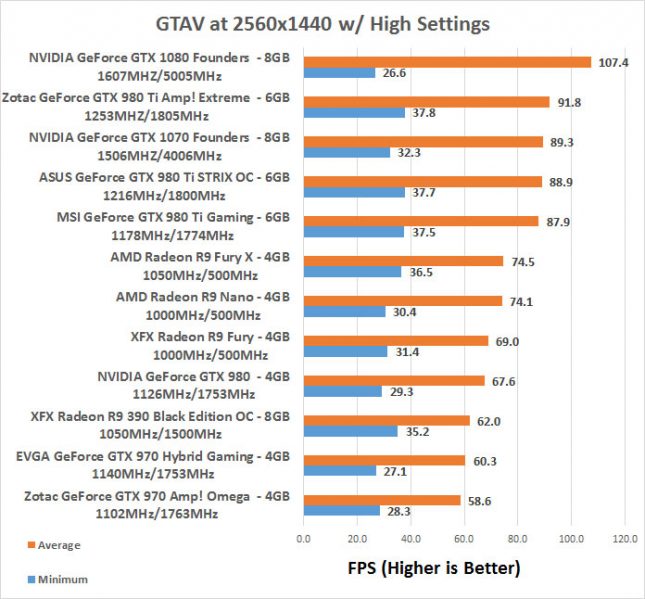 1440P Benchmark Results: After running the games built-in benchmark and averaging the runs together, we found that the GeForce GTX 1070 FE shined quite well, showing 2.5 FPS slower on average than the Zotac GeForce GTX 980 Ti. The 1070 FE is still showing up the EVGA GTX 970 Hybrid Gaming card by 48%! 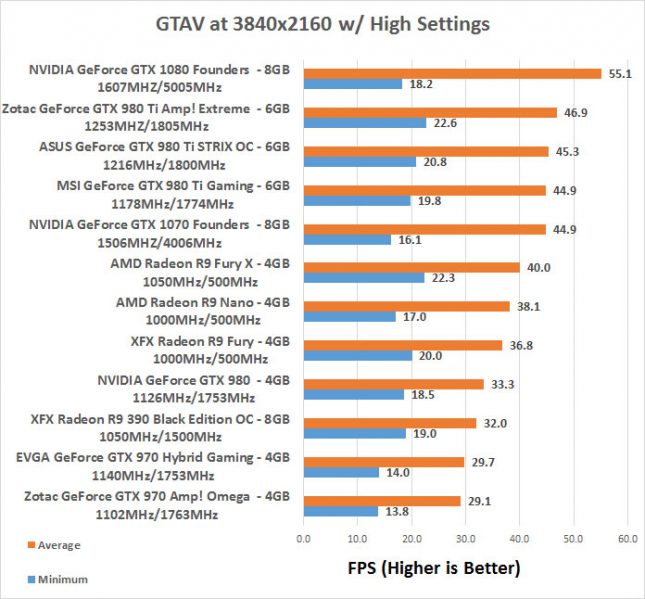 4K Ultra HD Benchmark Results: Though with a decently lower minimum framerate, the GeForce GTX 1070 FE was only 2 FPS slower on average than the Zotac GTX 980 Ti when we ran the benchmark at 4K settings.