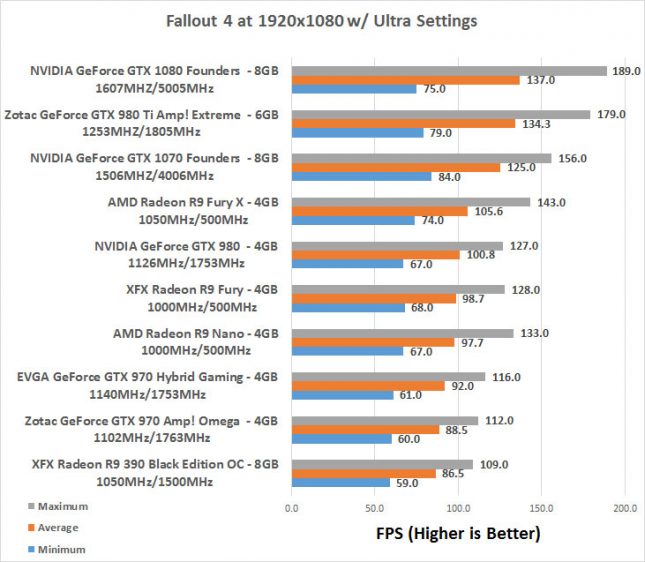 Benchmark Results: In Fallout 4, at 1920×1080, the GeForce GTX 1070 FE was found to be 36% faster than the EVGA GeForce GTX 970 Hybrid Gaming card on the average frame rate. We’re seeing the GTX 1070 FE to be approximately 7.5% slower than the factory overclocked Zotac GeForce GTX 980 Ti Amp! Extreme card, which is impressive to say the least! 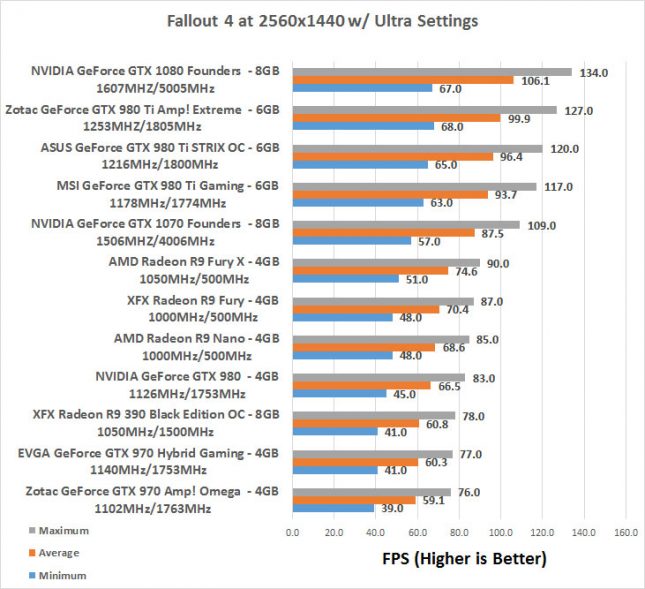 Benchmark Results: With the display resolution cranked up to 2560×1440 we GeForce GTX 1070 FE was still putting up a good fight by being 45% faster than the EVGA GeForce GTX 970 Hybrid Gaming card, and was still knocking on the door of the Zotac and ASUS 980 Ti. 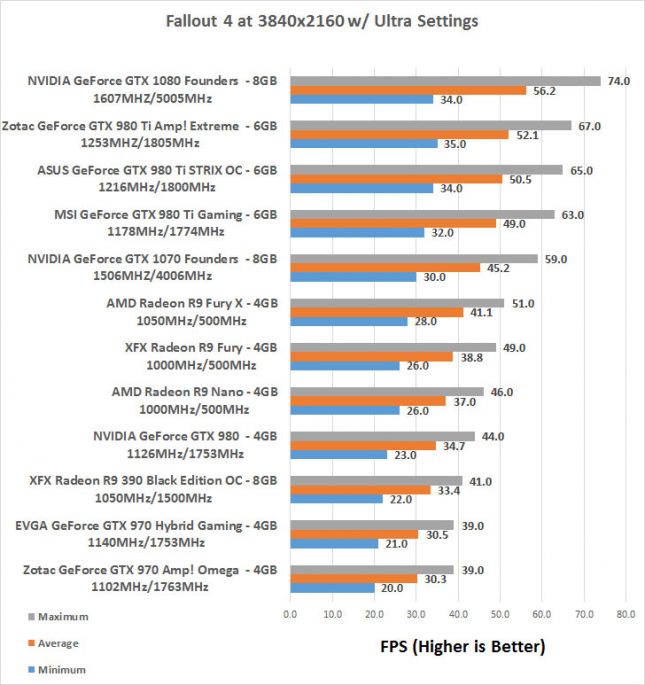