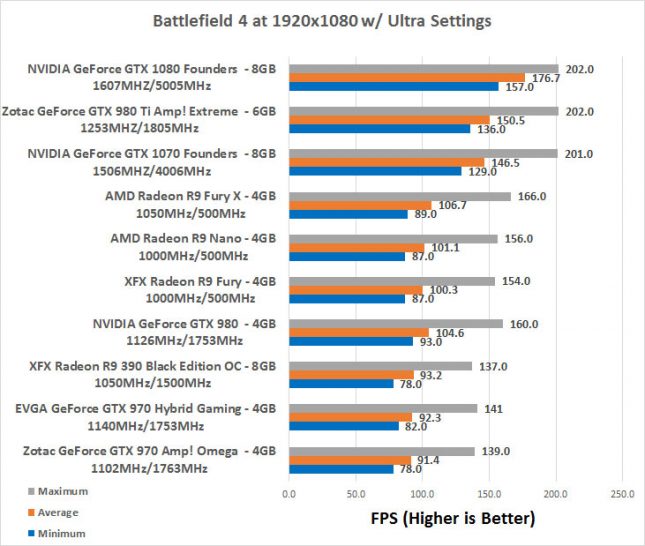 Benchmark Results: At 1080p resolution, the NVIDIA GeForce GTX 1070 FE was found to be 59% faster than the EVGA GeForce GTX 970 Hybrid Gaming card and only 3% slower than a factory overclocked GeForce GTX 980 Ti! This card is looking to be pretty awesome! 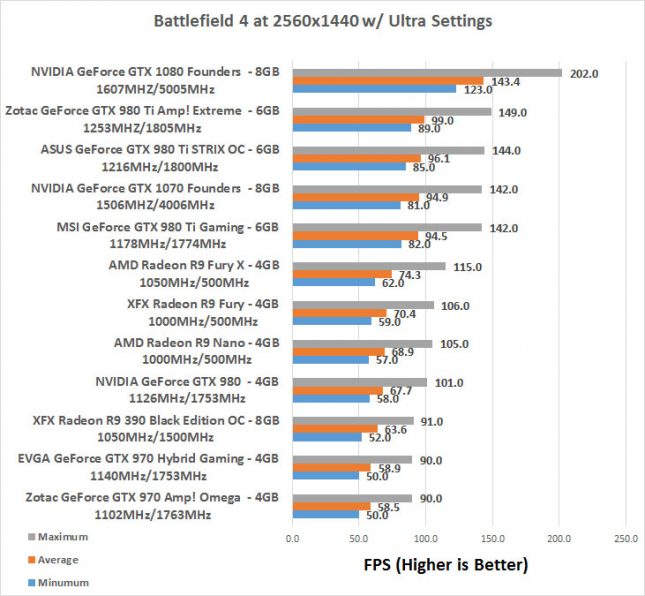