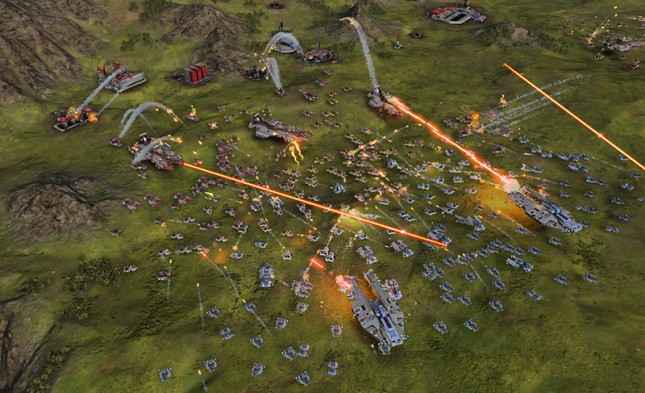 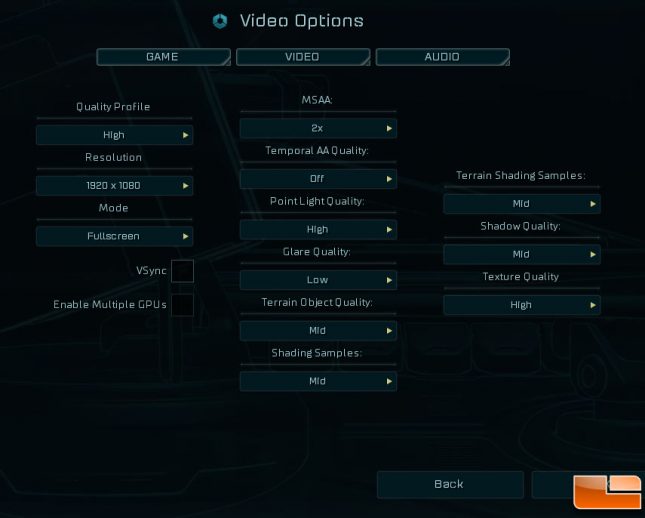 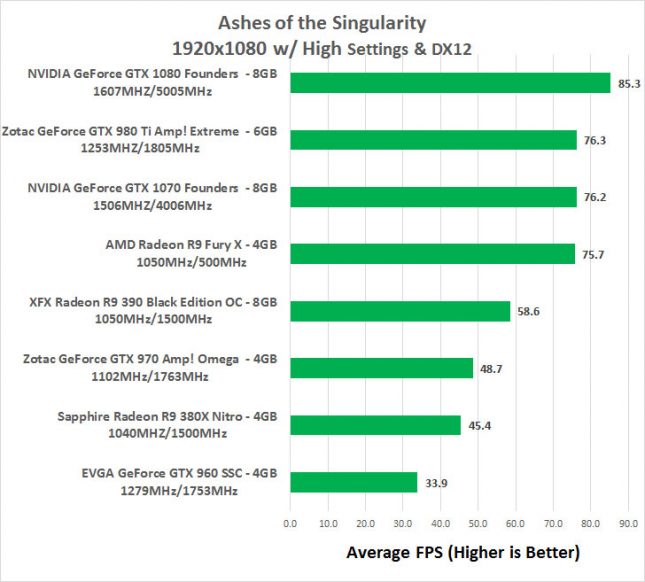 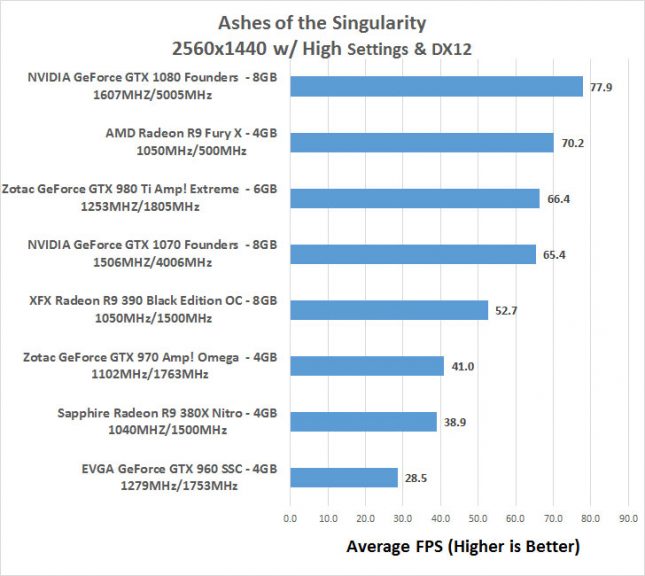 1440P Benchmark Results: At 2560×1440 the flagship cards were still performing close to one another, but the performance gap widened to the benefit of the AMD Radeon R9 Fury X and it averaged 5 FPS more than the GeForce GTX 1070. 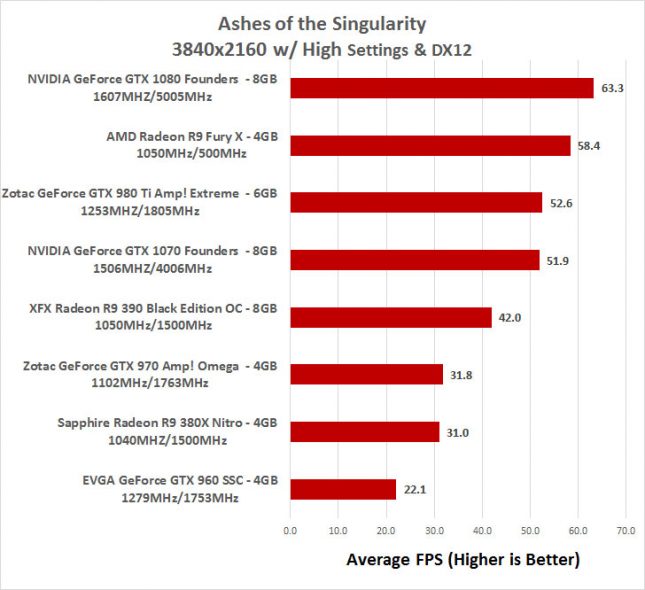 4K Benchmark Results: Only the GeForce GTX 1080 could average more than 60 FPS when running the Ashes of the Singularity DX12 benchmark at 3840×2160 with ‘high’ image quality settings. The AMD Radeon R9 Fury X came close at 58.4 FPS, but the GeForce GTX 1070 fell back to 51.9 FPS. Not bad, but it just goes to show there are a couple benchmarks where the AMD Radeon R9 Fury X can pull ahead at the larger resolutions.