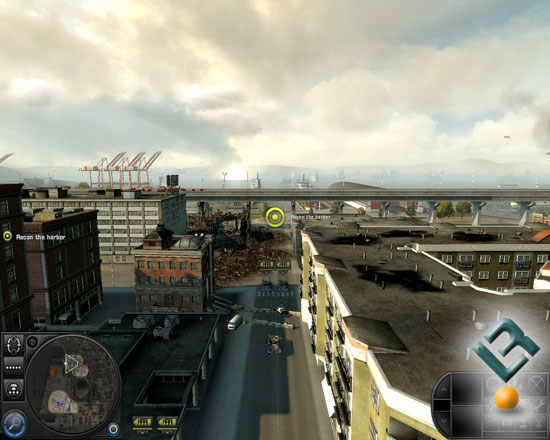 World in Conflict (also known as WiC or WIC) is a real-time tactical video game developed by Massive Entertainment and published by Sierra Entertainment for Windows and the Xbox 360. The game was released in North America on 18 September 2007 and was included in our testing as it is a recent DirectX 10 game title. It also has a threaded engine for multi-core processor support, which is ideal for this testing. The plot in World in Conflict is to defend their country, their hometown, and their families in the face of Soviet-led World War III, delivering an epic struggle of courage and retribution. You are a field commander leading the era’s most powerful military machines in the heroic effort to turn back the invasionone city and suburb at a time. Let’s get on to the benchmarking! WIC was tested using the most recent patch available, which is patch number 002. 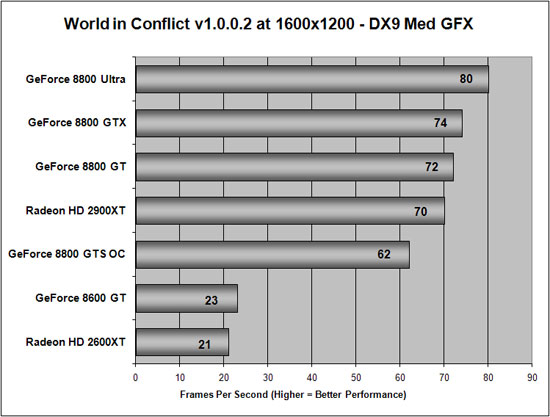 Results: When the game graphics are set to medium quality the game runs in DirectX 9 mode, so we ran testing at 1600×1200 with these settings. The GeForce 8800 GT again was 10 frames per second ahead of the overclocked GeForce 8800 GTS and averaged just two frames under the XFX GeForce 8800 GTX. Let’s take a look at what happens when the game is set to high graphics quality under DirectX 10. 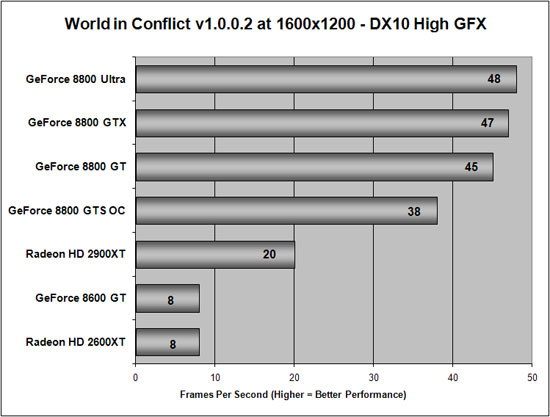