BioShock is a first-person shooter video game by 2K Boston/2K Australia designed by Ken Levine. The game is a PC and Xbox 360 title that was was released on August 21, 2007 in North America. BioShock is a first-person shooter with role-playing game customization elements. BioShock was developed using Unreal Engine 3.0 and is a DirectX 10 game title that is multithreaded. 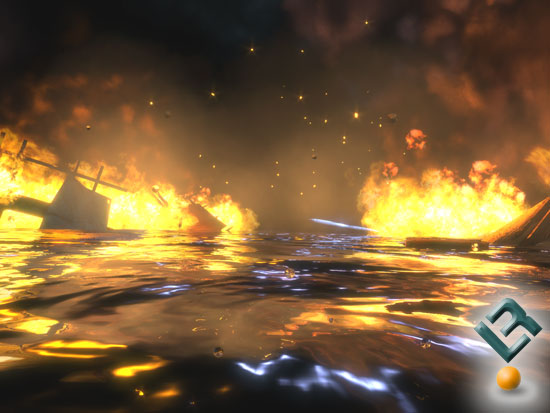 Since 2K didn’t include a benchmark script or utility in BIOSHOCK I used FRAPS version 2.9.2 to capture the frame rates for 240 seconds at scenes that I personally selected from the game. If you don’t know anything about Bioshock, let me set the scene for you. After your plane crashes into icy uncharted waters, you discover a rusted bathysphere and descend into Rapture, a city hidden beneath the sea. Constructed as an idealistic society for a hand picked group of scientists, artists and industrialists, the idealism is no more. Now the city is littered with corpses, wildly powerful guardians roam the corridors as little girls loot the dead, and genetically mutated citizens ambush you at every turn and you get to kill them. Let’s look at the benchmark results! 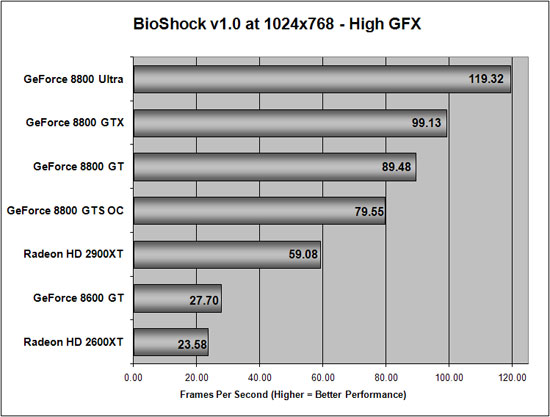 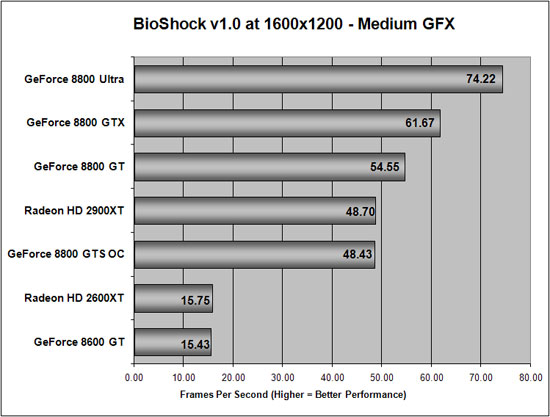 Benchmark Results: At an in-game resolution of 1600×1200 and medium quality settings not too much changed. Both the ATI Radeon HD 2600 XT and eVGA GeForce 8600 GT didn’t have enough muscle to be playable and the GeForce 8800 GT remained in the top three.