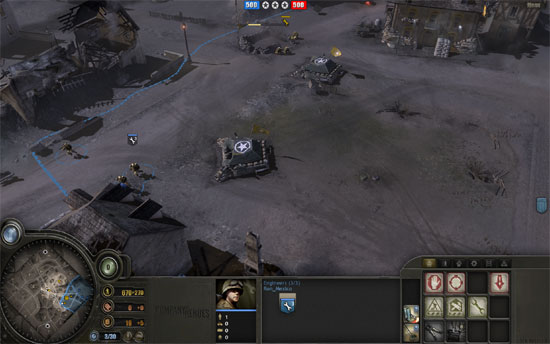 Company of Heroes (CoH) is a real-time strategy (RTS) computer game developed by Relic Entertainment that was released on September 14, 2006. On May 29, 2007 Relic released a patch for Company of Heroes that supports DirectX 10 and we used the latest patch to test DirectX 10 game performance. Company of Heroes is set during World War II where the player follows a military unit, known as Able Company, as they fight their way through some of the greatest and bloodiest battles, including the D-Day landings at Normandy. 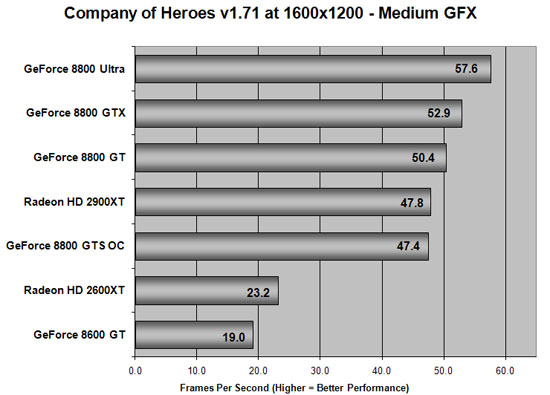