All of the video cards were tested on the Intel X38 Express Test platform, which is loaded with the latest and greatest hardware. The Intel Core 2 Quad QX9650 ‘Yorkfield’ processor was used for testing as it proved to be the best desktop processor when it comes to game performance. The test system was also loaded with 4GB of memory and water cooled to ensure throttling of the processor or memory wouldn’t cause any issues. 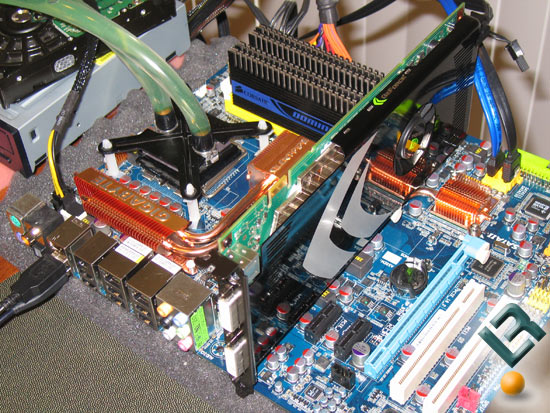 Now that we know exactly what the test system is, we can move along to performance numbers.